Flocks of geese.  Warm afternoons.  Daylight when I get up in the morning.  Yep, it’s spring.  Finally.  Maybe I’m just getting old (yeah, I know, there’s really no maybe about it), but the winter
seemed to go on for an awfully long time.  There’s still a lot of snow in the trees, but now I can see those piles getting smaller every day.  Hooray!

So what prompts me to write today, after such a long absence?  Well, I couldn’t sleep.  (Did I mention I was getting older?)  Also, Dad’s cousin called from Victoria the other day, and mentioned that he reads my humble musings, so I thought I should update you all on the happenings around here.  I mean, if you’re reading this, you’re probably getting older and can’t sleep, either.  At least you could be current.

Hockey is finally over.  Derek’s team won the league championship.  The kids were all pumped, and skated around the rink holding the very heavy trophy. 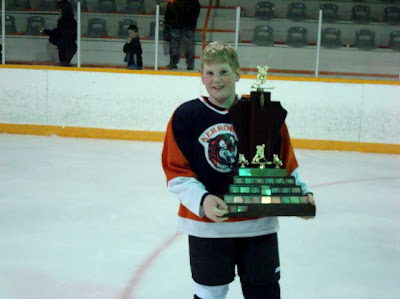 Then we had Easter.  We had a very quiet celebration – roast beef for just our family.  Sorry, no pictures.  But on Easter Monday, Terri and Copper stopped in on their way back to Calgary.  Mark joined us for lunch, along with “the aunts”.  We had a great time, mostly just watching Copper.  But what better to do than watch a seven-month-old have fun? 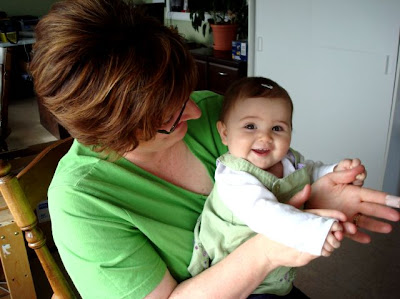 Derek is still Copper’s favorite.  She doesn’t have much choice – he’s just always there. 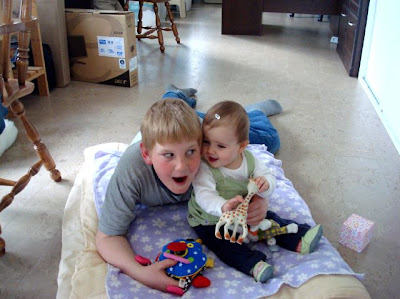 Here are the four cousins. 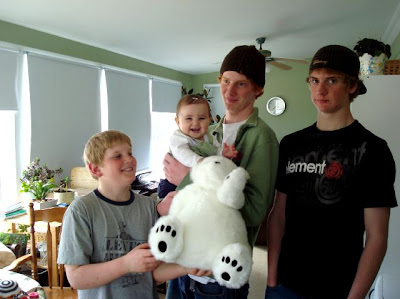 Then the aunts had their turn with Copper. Next on our agenda was Confirmation.  Our parish had a “catch-up” year, as they are changing the age for Confirmation to 7 from 11 or 12.  So 45 kids were confirmed, including Derek.
Adam was his sponsor.  The Bishop predicts Derek will be a theologian.  Heaven help us all! 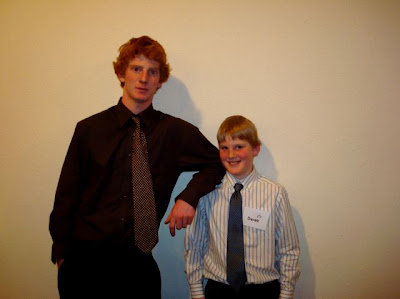 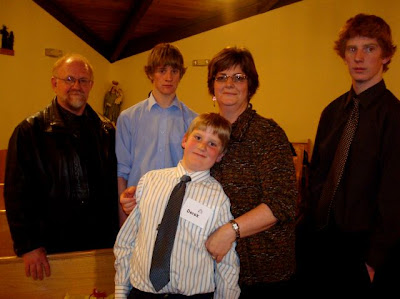 That’s about it, I think.  Adam continues to practice with the band.  He also likes to create huge messes in the shop while he and his buddies work on a go-cart.  Stephen is getting us up early to take him in for track.  He is thinking of entering the four-mile race.  (I’m not sure who he takes after, but I don’t think it’s Clem or me!!)  I have taken the librarian position at the town library.  It’s just 10 hours a week, so we’ll see how that goes.  Clem is on his way to Saskatoon to pick up a new-to-us grain truck.  Apparently we’ll be farming for another year.  Would you please pray for rain?  Thanks.

So there you go.  If that doesn’t make you sleepy, I just can’t help you.

Thanks for stopping by.
Chandra

2 thoughts on “Spring has sprung.”