We decided to get out of Dodge and go looking for spring, so it was off to Calgary for a couple of days.  It was fabulous!  Shirt-sleeve weather (at least for the boys), lots of sunshine, and that amazing view of downtown Calgary backed by the majestic, snow-covered Rocky Mountains. Awesome.  It was good for the soul.  It almost made us wish we still lived there.  Almost.  Then we went shopping.  Oy vey, the people.  And traffic.  And more people.  And more traffic.

BUT WE GOT TO SEE COPPER!! 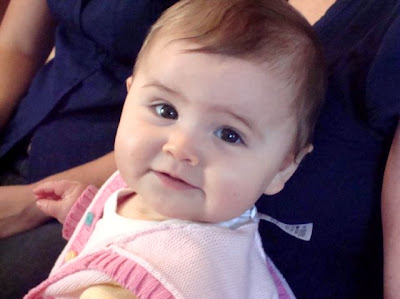 She’s seven months old now, and loads of fun.  The poor thing gets hardly any attention at all, what with being an only child (temporarily, I hope) and the youngest grandchild by nine years. She just sits on the floor all by herself, playing with the few meager toys she has.

Yah, right.  Here’s the little princess, incognito, on the way to the zoo. 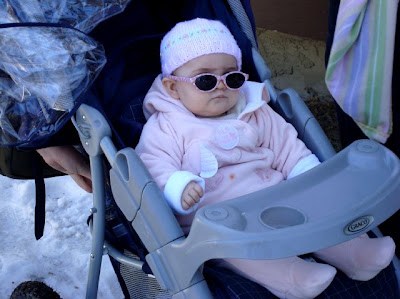 She had a ball. She’s a real people person, and screeched and squealed whenever she met anyone on the path, especially children. 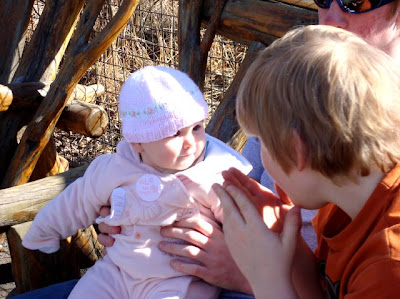 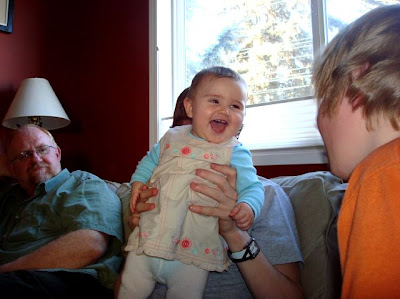 (check out those teeth!) 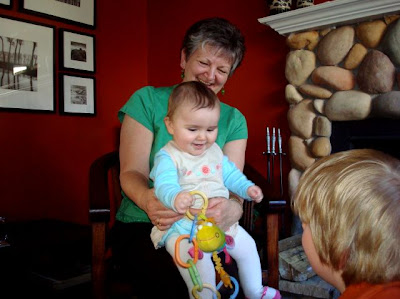 Grandma and Grandpa came up from Lethbridge for the day.

Rob and Amber came over, as well, after Amber was done her “chocolate bath” at the spa.  She really smelled good!! 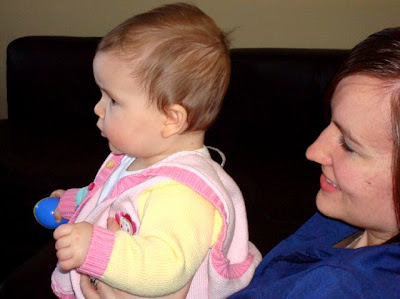 Another reason we went to Calgary was to bid farewell to Lisa, who is headed to Central America, Guatemala to be exact.  She is taking a Spanish immersion course, and will then teach English.  I’m going to give her a bit of time, then I think I will start looking into flights…. 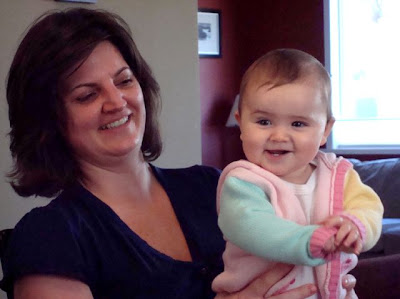 I love this picture of Lisa and Copper.  Does Lisa remind you of anyone?  (See below) 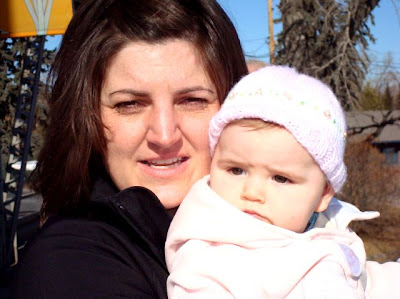 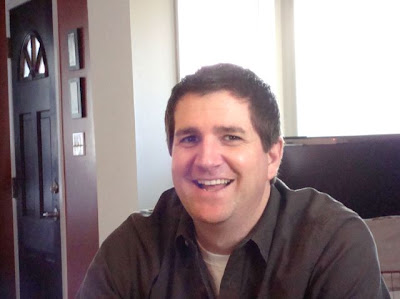 Jason does laugh on occassion.  I think this was right after we said we were finally leaving.

There were so many photos of Copper, I thought I had forgotten her mom, but no, here she is!! 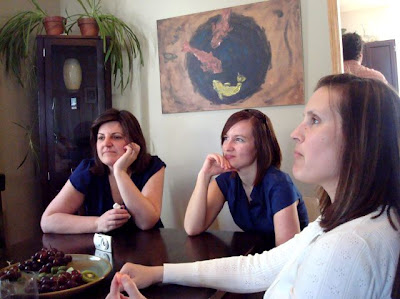 Derek really enjoyed the zoo.  After lots of walking, we finally found the giraffes he was wanting to see. 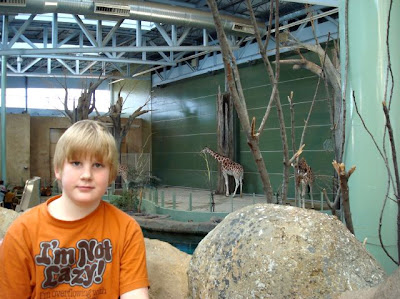 Here’s the crew taking a break to sit in the sunshine. 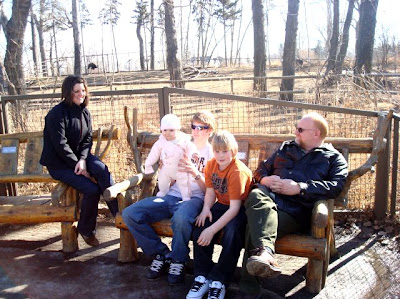 You might have noticed that Adam is not in any of the photos.  That lucky 15-year-old got to stay home on his own for the weekend.  Thankfully the house, and shop, were still standing, and the vehicles all accounted for, when we returned.  His band, Borderline, played for a birthday party at – wait for it – Broadacres Hall, so he wasn’t able to come with us.  He said there were lots of people and they all had a great time.  Apparently there are pictures on Facebook, but I’m not sure I really want to check them out.

Derek’s team won the first game in the two-game final series for the league championship on Tuesday in Luseland.  Their home game was cancelled due to a flooded rink.  We are waiting on word of the second and final game.  Adam’s Midget team is also in the league championship series against Elrose.  The first game is tonight at Kerrobert (they managed to get the flooding under control!)  The Battlefords AAA Midget camp scheduled for April 4, to which Stephen was invited, has been cancelled.  I’m starting to think someone is out to get him this year!!
He is now going to try to get to the Junior Klippers camp in Kindersley on the same weekend.  What do you suppose will happen with that??!

That’s about it for news around here.  Thanks for checking in!
Chandra

3 thoughts on “Babies, giraffes, and sunshine”