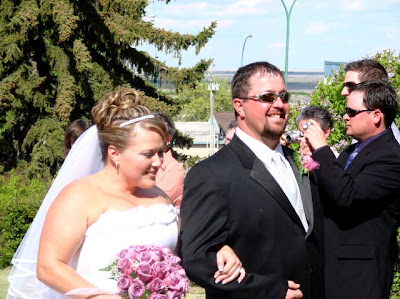 My cousin (and strangely, Clem’s cousin’s son), Don, tied the knot with Tracy on Saturday! There were about 600 people invited, so I was glad to be related twice, as I was assured of a seat at the packed hall. 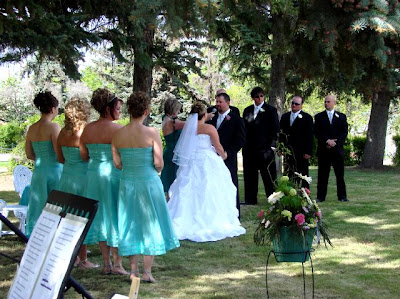 The wedding ceremony itself was held at the courthouse grounds in Kerrobert. It was a perfect day – not too hot, and a bit of a breeze to keep the mosquitos away. Don’s sister, Bobbi, officiated the ceremony. I didn’t get a picture of the cute flower girls, one of whom is Bobbi’s daughter, Breena, and the handsome ring bearer, Alex Parnitsky. 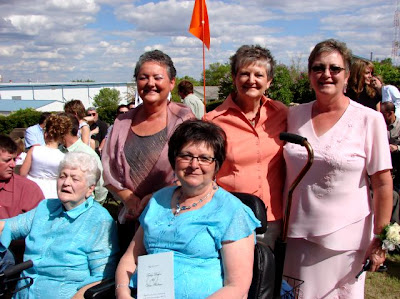 The five sisters, with the mother of the groom, Margie, in pink on the right. Believe it or not, this was before the strip-and-go-nakeds. 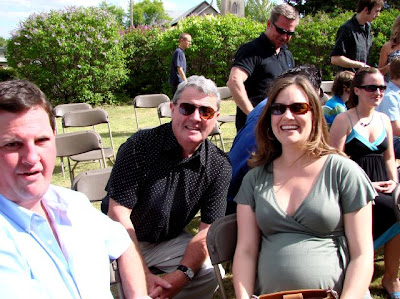 Mark, Dad, Terri, and Amber were there as well. That’s cousin Danny standing behind them. Yes, I said standing. 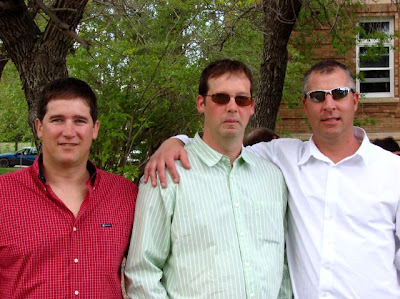 Check out this gang of wanna-be’s. They’re not looking as happy as one would expect at a wedding, but perhaps it’s because they lost their poker money to a 12-year-old kid the night before. 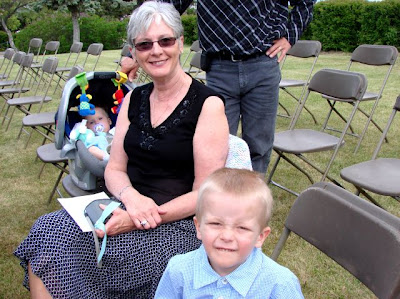 Here’s our neighbor, Carol, with grandchildren Brayden and Maddie. Brayden is Derek’s buddy. 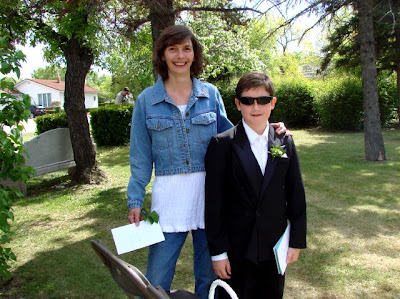 One of the handsome ushers, Corson, nephew of the groom, with cousin Tammy. 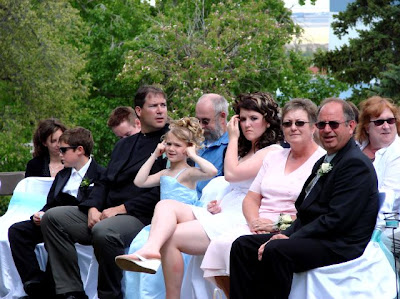 The groom’s family, apparently annoyed with the photographer! 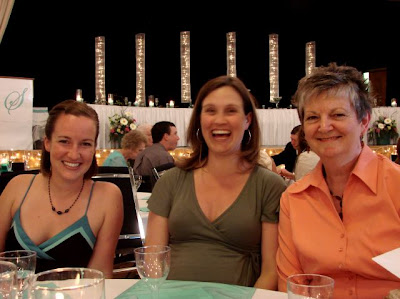 The three Mrs. Hucks, at the hall for the reception. There is a better picture of Terri, but Mom had her eyes closed in that one. Terri is more forgiving. 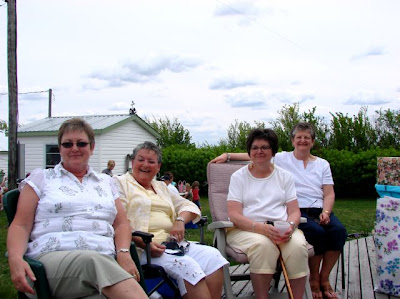 Now to the gift-opening, or as we like to call it, second-day wedding, held at Don and Tracy’s acreage. Here’s four of the sisters, and yes, this is after, or maybe during, the strip-and-go-naked’s. 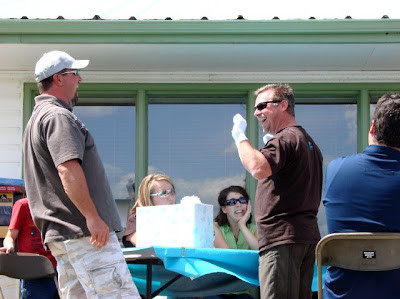 Danny gave Don some lessons in puppeteering. It was really a sock with a face drawn on it, but don’t tell Danny. 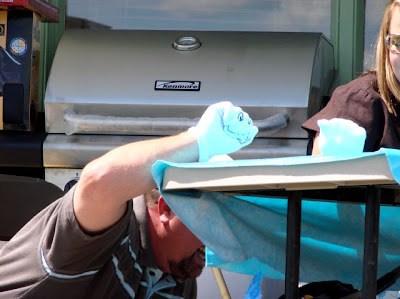 Don gave it a go, but we could tell it wasn’t really the puppet talking. Even after the strip-and-go-naked’s. Really. Honest. 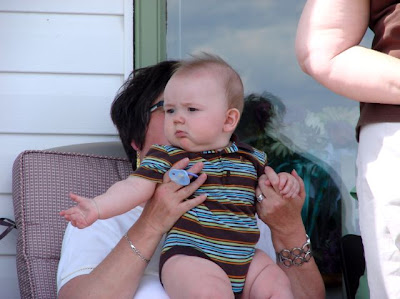 Here’s little Andrew with Grandma Linda. I use the word little to refer to his age, 7 months, not his size, 25 pounds. We really know how to grow ’em in Saskatchewan. Check out those thighs. 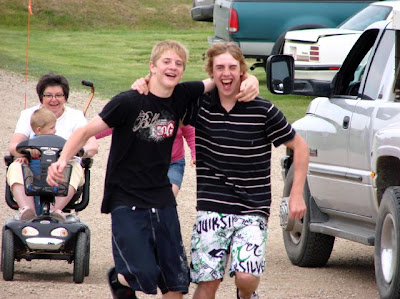 Alex and Aunt Linda gave it a good try, but they couldn’t beat Stephen and cousin Andrew Schwab, even though their legs were tied together with a grocery bag and Stephen had consumed more beers than his mother would have liked.

All in all it was a great weekend. After the big rain last weekend, and some cool days, we were blessed with wonderful weather and wonderful friends and family to share it with. And as soon as it was over, the weather turned again. Clem missed all but the ceremony in order to finish seeding, which he did at 11 last night. It started raining early this morning, and our salmon-tin rain gauge says over an inch already, and more is expected overnight.

That’s a wrap! See you again soon, I hope!

4 thoughts on “Another wedding!”