I spent about an hour yesterday trying to publish this post, and got nowhere. And that was without downloading the pictures and resizing them. I’m still trying to figure out how this computer is making my life easier….

It’s been very hot here the last few days. Everything is just exploding, all is lush and green (except for the multitude of yellow dandelions, the religious weed that bows down before the mower.) Clem and Adam have spent many hours on the tractor summerfallowing. Hopefully, the weeds will die, even with the humidity.

I had a few visitors last Thursday to help me celebrate my ??th birthday. First to arrive were Cindy Kissick and their latest addition (edition? – she looks just like the rest!), Celeste. Isn’t she sweet? 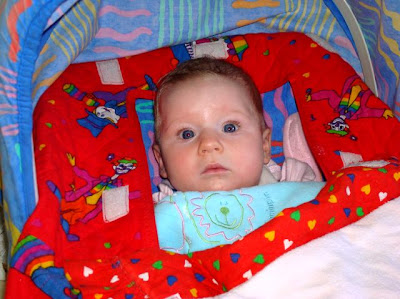 Aunt Lorraine baked me an orange chiffon cake, just like mom used to do, and she and Aunt Linda came out for coffee. Carol Wright joined us, too. Then, after working at the library for the afternoon, I convinced Clem that he should take us to God’s country – Luseland – for supper. 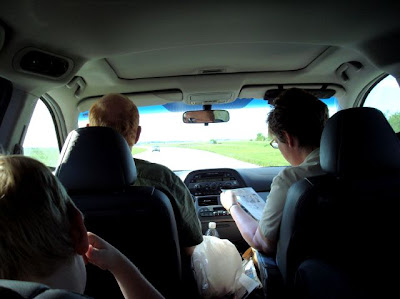 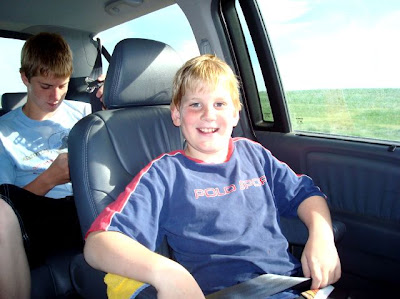 We were trying out my birthday present – a new camera for my trip to Scotland. 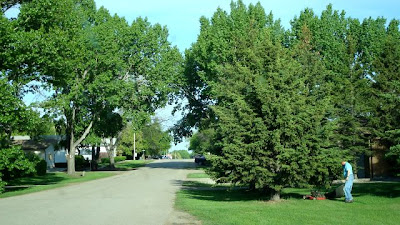 We went to the Royal George for supper, and on our way there we saw brother Mark. We invited him to join us, and bought him his birthday supper (a day early).

Then it was off to Dana’s greenhouse for some more of my birthday present – bedding plants! Clem was trying out the camera again. 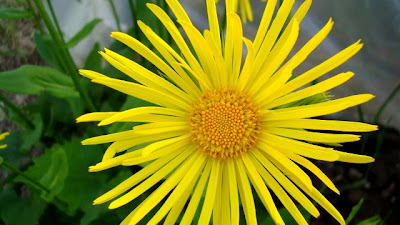 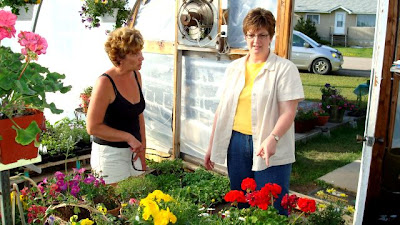 Actually, what I got was a lot more work! I decided to create a little flower garden in front of the house, centered by the pear tree we received in memory of Marj. I think it will turn out quite nicely, when everything grows a bit. There are already pears on the tree, but we’ve had to fence it to keep the deer from snacking. 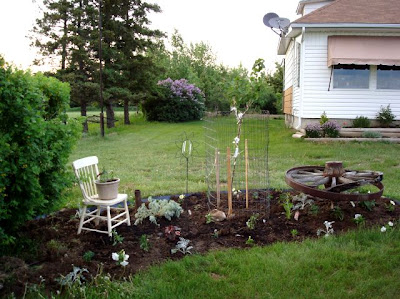 You might have noticed the new awnings on the house. I can’t believe the difference it makes by keeping the sun – and heat – out of the porch. It is bearable in there now, even when it’s 29 degrees like yesterday! 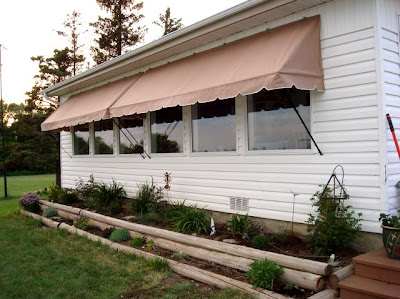 Nothing new here – I just like these old boots! 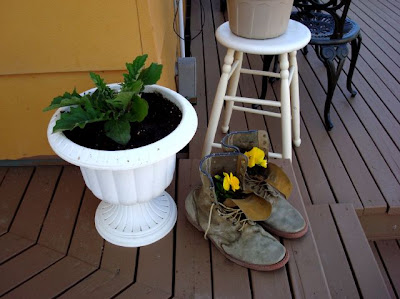 There’s no way we could keep the yard up without the help of our big boys. Stephen cut a whole bunch of grass in just a couple of hours. Of course, he wanted to go to football practice at 7 a.m. this morning! 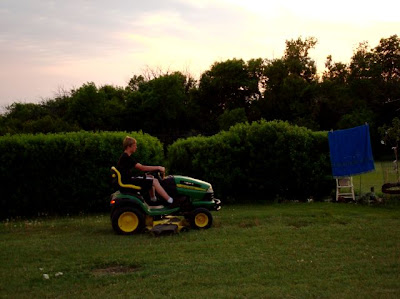 Adam took a break from summerfallowing to work on his bike. He did eventually get it going, and he seems very happy to have it running again. Happier than he was when I was snapping pictures of him, anyway! 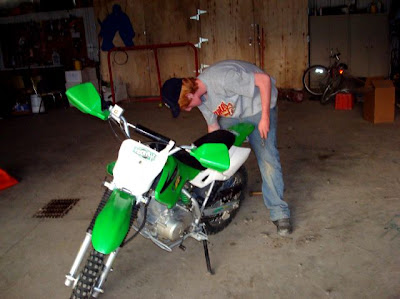 No pictures of Derek from yesterday, although they would be interesting. He looks somewhat like a lobster after three days in the pool and “I don’t need sunscreen, Mom”. He is in a foul humor, so I didn’t even attempt to get a photo. A bit of ibuprofen and some aloe gel and he should be good to go in no time. I can’t remember ever seeing a sunburn quite that bad, though!

Well, that’s about it for life on the Schraefel farm. Thanks for stopping by, and we’ll catch you later!
Chandra

6 thoughts on “I just love computers!”