Yes, we’re still here, but with hockey over, it seems there’s not much new to report! We’re all playing catch-up with all the things we didn’t get done when we were sitting in a rink.

Clem is busy outside these days, getting machinery ready and cleaning grain. It has been staying quite cold, so the ground is still hard enough to move things around, and the trucks can come and get our grain from last year. The BIG news is that Clem bought a new tractor, a big blue Ford, which he says has virtually the same engine as the 30-year-old Versatile that we have been using, and will continue to use. If it is as good a tractor as the latter, it will prove to be a good purchase. He was out buying that when I had my little heart episode, so I tease him that he gave me a heart attack. And speaking of that, I have been thoroughly checked out, and all is fine. I will be around for many more years to ride herd on these wild boys of ours.

Adam and Stephen are happy to have their dirt bikes out again. They have found lots of mud and muck this spring. They are getting all the kinks worked out of the bikes again, and we have been spending quite a bit of time and cash at Strutt Yamaha in Kindersley! Clem has made a deal with Derek that if Derek can control his temper and not whine for one month, he will get a dirt bike. Well, I have never known Derek to act so nicely and be so helpful. He has volunteered to do the dishes twice and his room is staying clean. We are only into day three, though, so time will tell.

We had a great time at Rob’s wedding on March 17. They had the wedding at the church in Luseland and the reception at the hall in Kerrobert (reminiscent of 17 years ago!) Adam and Stephen were ushers, and Adam was the videographer at the church. They did a fine job. Derek was the altar server at the church, and did his best to disguise his boredom during the homily! Clem and I “sang a little” at the church and at the reception, Jay and Mark were best men, and Lisa was home from Moscow, so it was a real family affair. Jay gave the best toast to the groom I have ever heard, Rob wrote and performed a song for Amber, and then Rob and Amber entertained with a couple of songs. All in all, a great day. Rob and Lisa both have pictures on their blogs, but I’ll put up a few of ours, too. 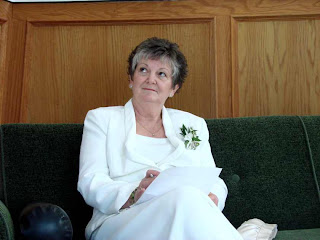 Stephen looked exceptionally handsome, but suffered from some rare eye problem (or maybe it was the camera’s problem!) 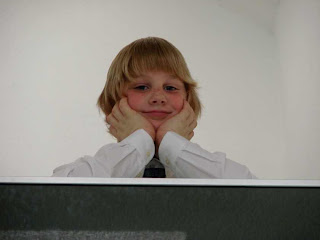 What a cute little altar server! 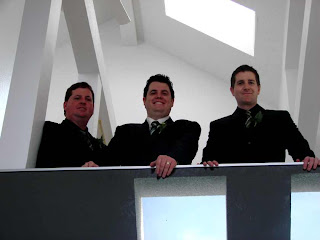 Who needs a professional photographer? 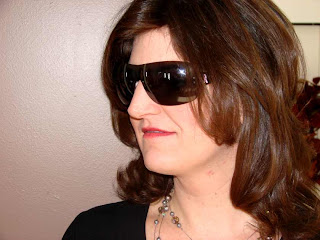 Who knew Jackie O. was going to show up? 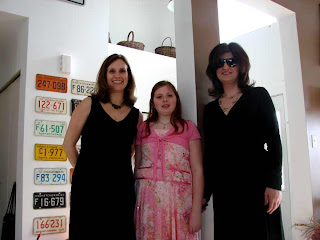 And here she is with soon-to-be-mama Terri and cousin Ashley. 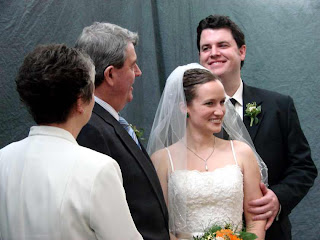 Rob loves it when people are looking at him!

After all the excitement of the wedding, it was nice to have a quiet Easter this year. Our neighbor, Carol, was in an accident on the Tuesday before Easter, and went from the Saskatoon hospital to the Kerrobert hospital on the following Saturday. Her family came for supper with us that day, and we made her a plate of home-cooked food for Easter. She is still in hospital, but is doing much better. She banged up her arm, and broke three ribs, so she will be recuperating for a while yet. Looks like Lyle is without his “hired man” for seeding!

OK, mom and Carl, that’s what’s new. As Clem says, we’re busy outside, so don’t look for much news till after harvest!

Take care, and thanks for stopping by!
Chandra