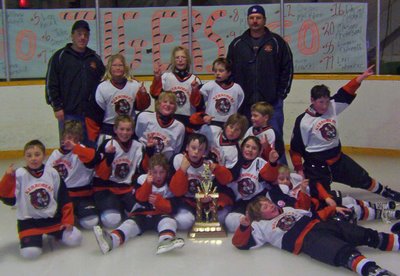 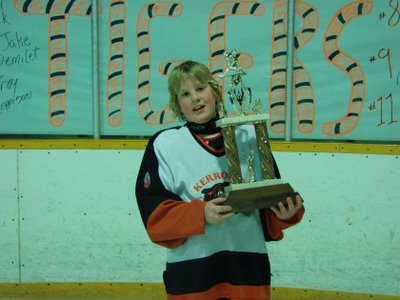 Derek’s team won the league championship last night at home. They went undefeated in league play. Most games not even close. They won 2 major tournaments and lost only the final game in a tier 1 tournament to Edmonton. Derek plays defense and lives for hockey. He is a big Flames fan.
Our household is now officially done hockey for another year. We will miss it, as these boys need somewhere to release energy and it is our social life.

One thought on “Champions!”