Actually, it’s borscht, but the boys always called it pink soup.  I was ever amazed that they even ate it – I mean, it’s just vegetables.  But man, is it good.  I’ve been told that I make good borscht.  One of Derek’s friends will only eat mine – he told his mom hers tasted “like crap”!  I think it’s just the fresh veggies.  Today I went from this: 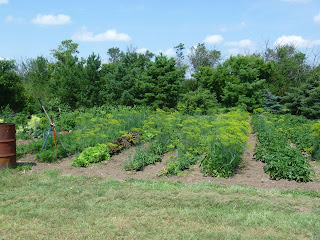 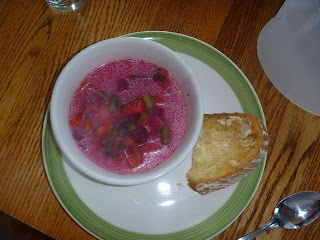 …in about two hours.  Wanna see how?
First you gather all the veggies and clean them up. 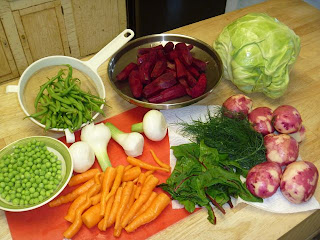 Then you melt some butter (yes, butter.  Margarine will NOT suffice here!)  in a large soup pot and saute the chopped onions.  Lots of onions. 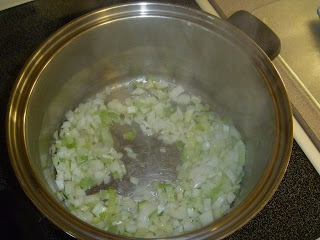 Then you chop the beets and cook them for a few more minutes. 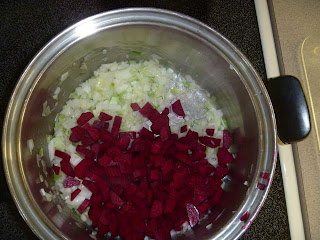 It’s so pretty! And pink! 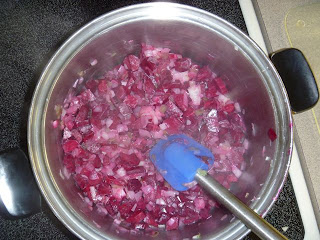 Chop the potatoes and carrots and stir them in, too.  Cook for about five minutes. 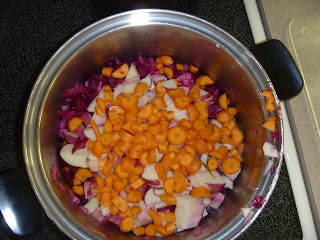 Then fill the pot with water and bring to a boil.  In the meantime, cut the beans, and chop the beet tops
and dill. 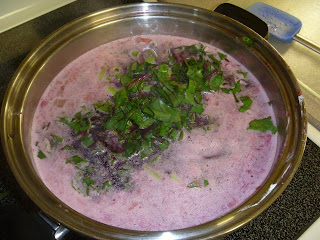 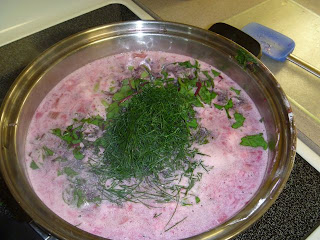 Stir it all up.  I put in a bit of chicken soup base and some pepper.  Bring it to a boil and simmer until the veggies are tender.   Did I mention how pretty and pink it is? 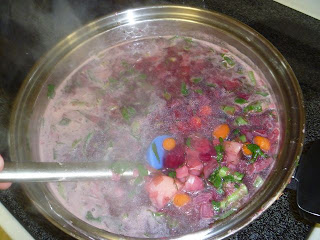 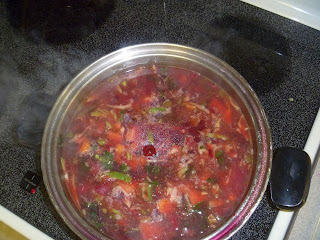 Oops!  I forgot to mention that I also chopped up a bit of cabbage and threw that in, too.  While it is simmering, I add some vinegar, to taste.  We like lots.
When everything is cooked, turn off the heat.  Stir in some cream – you will notice that I used the deluxe 36% stuff today! 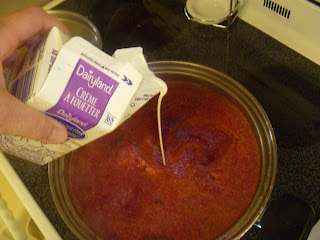 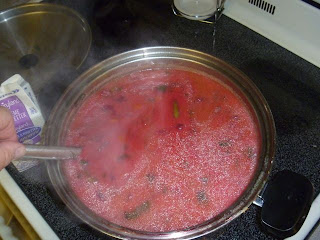 Derek came home while the soup was simmering and said, “Oooh, what smells so good?”  And that was before I even added the vinegar!  He and his dad were eager to try the season’s first pot of borscht. 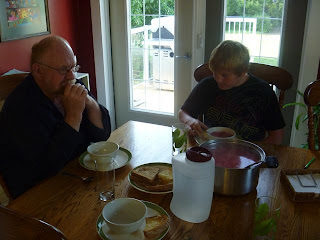 And now we all feel extra healthy and well!
I took a walk today to see the beautiful blue flax blooms.  I just love it when Clem plants flax around the yard! 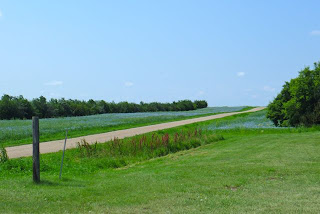 Roxy was sure we were going for a walk! 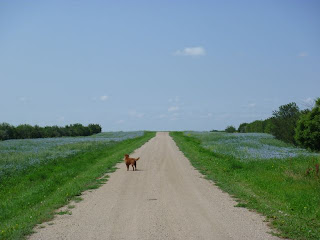 The macro setting on the new camera seems to work quite well. 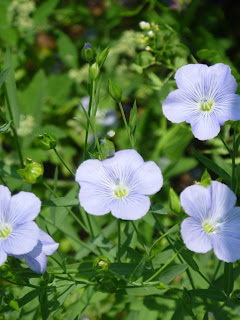 Here’s the view from up by the quonset, looking northwest. 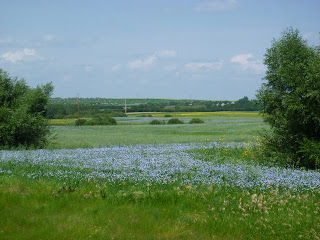 An ocean of flax! 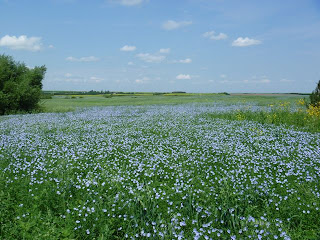 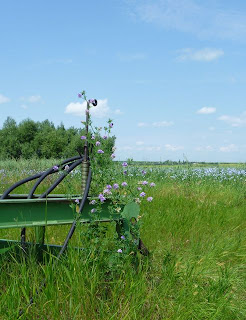 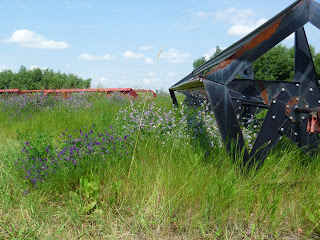 Who knew thistle and clover could look so good??
Potatoes, anyone?  Dill, perhaps?? 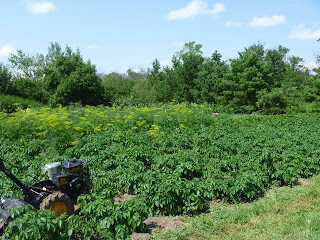 Well, I’m off to pick peas and beans.  I feel a bit like Henny Penny!
Thanks for checking in!
Chandra