My house looks like a tornado went through it, I am behind on the farm books, I need to due a current financial statement for the junior hockey team, and my to-do list is a mile long.  So….I am going to blog.  I may even iron. Procrastination, friends.  My dominant personality trait.  And I wonder why no one wants to hire me???  (Well, that, and I haven’t really applied for any jobs.  But we’ll try not to be too picky here. I can really only work on one flaw at a time.  Perfection is a LONG way off!)

I got to watch a great game of basketball yesterday, and it was back at my old school.  What memories!  Derek’s team lost to their arch-rivals, the Lords (it is SO hard to cheer for the Rebels in my old gym…) but it was a neck-in-neck game that included two over-time periods for the price of admission (which was extremely affordable – nada).  Some of the players from both teams play on the same hockey team, and it was fun to watch them ribbing each other.  Pure competition, with no politics.  Beautiful.  Then I took the long way home and stopped at the farm where I grew up, because Mom and Dad were there, and I knew she would have some supper for me!!  Plus, it was nice to visit.

Hockey is winding way down.  The Bantams are awaiting news of further play-off game scheduling.  They won the first round, and can hopefully have more success with the next two rounds than they did with provincials.  They had a really good second game against Spiritwood at home, but they couldn’t climb out of the three-goal hole.  Derek played better than I’ve ever seen him play, I think – he assisted all three goals – but they just couldn’t stop Spiritwood’s scoring power, or get by their goalie often enough.  I wouldn’t be surprised to see Spiritwood take the title.

I can’t believe I’m actually going to say write this, but I’m kinda ready for hockey to over this season.  Some recent news items have left a bit of a bad taste in my mouth, this one especially, and this one, too, since I’ve seen similar instances so often, and closer to home.  (You may remember our own little episode a few years ago!!)  What bothered me the most, though, were some of the comments defending abusive coaches and saying the kids need to grow up.  I don’t care how old you are, humiliation and degradation are not good motivators!!!  One of the comments stated my thoughts exactly: “This foolishness about toughening up 12 year olds, or ‘getting results’ through rough methods, is thankfully disappearing from sport and society. Looking back on my own sport experience, I would say that the ridiculous spectacle of grown men intimidating and humilitating minors has no place there at all. It is dishonourable and unnecessary, and anyway we have had a good reminder this week how naive it is to assume that coaches act in the best interests of kids. I don’t want a coach who thinks he can strike my kid under any circumstances, and I marvel at those of you who do.” Yay on you!!

Clem is taking me on a trip next week.  Yep, we get to go all the way to Esterhazy to pick up some tractor tires!  Yay me!!  I’ve been thinking I should renew my passport, but I won’t need it for this trip, so I can procrastinate a while longer on that one.

My new washer and dryer are to die for – anything that is not nailed down has been washed and dried.  And I can’t believe how much less water a front-load machine uses.  Clem has been wanting one of these for a long time, since we have our own filtering system.  He used to almost cry watching all that water go down the drain.  He’s much happier now.  Plus, he’s getting new tires!  What more can a man want??

Brother Carl is still being creative.  Check out his new blog!

Well, my mom just phoned and they’re stopping in on their way to see the cutest little boy ever (he lives in Saskatoon with my brother and his wife).  I have to do a bit of straightening, so to speak! 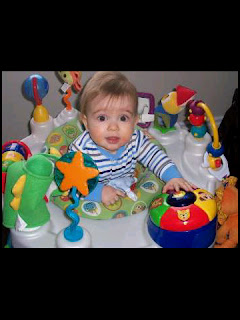 Thanks for stopping by!
Chandra