My goodness, what a busy month.  It felt busy, and then when I looked to see what pictures were on the camera, it was confirmed!

Stephen has been having a blast ‘down under’.  They played their last game last night, and I imagine they are ‘celebrating”, to put it mildly.  There are some photos and videos on the website (click here) if you are interested.  Stephen is #15, and you’ll see him banging his stick on the ice after allowing the other team to score!  He flies into Calgary Monday morning, so Clem and I will go tomorrow and do a little visiting before we pick him up at the airport.

Derek has been having a wonderful summer.  His good friend’s family has invited him twice to go to the lake with them.  He is there now.   He also got to go with Lisa to visit Rob and family at Amber’s family cabin for a few days.  It was good for him to get some one-on-one time with his aunts and uncle, and they didn’t seem to mind too much! 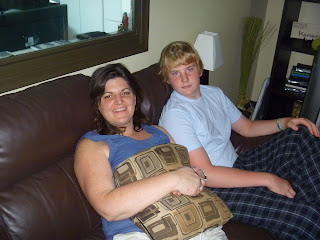 Lisa was here from Chile for a couple of weeks.  It is ‘winter’ there, so to speak, so she was happy to enjoy some Saskatchewan/Alberta sunshine.  It was great to see her again, too!

Kerrobert celebrated its Centennial in July.  Clem and I were rather involved with many of the events, so it was somewhat exhausting.  But it was great to see so many people here, especially some of the Schraefel clan.  All of Clem’s siblings were home, even Carl!  We had a wonderful visit here at the farm the night before the festivities began. 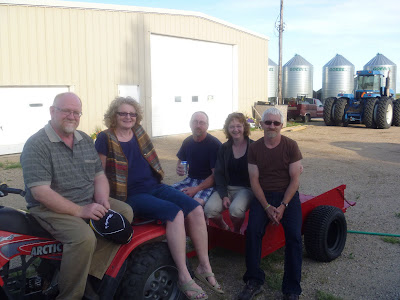 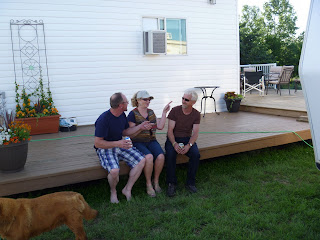 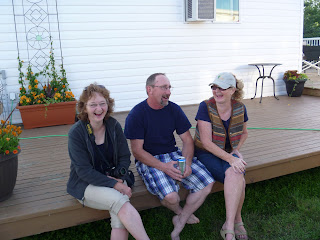 Chris’ son, Brendan, and his partner, Kristy, were here from Toronto.  Some of you will recognize him from “Men With Brooms” or the Trident Splash commercials.   He is just starting his new role as a daddy – yahoo! 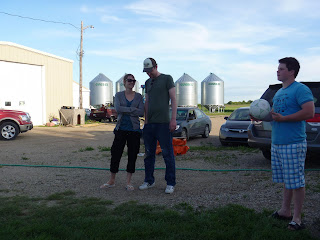 Mark’s family visited a couple of weeks prior to the Centennial, although not all at once.  They arrived in shifts, so to speak.  It was so good to see them all again, especially little Sara, Nick’s daughter.  I love being an auntie! 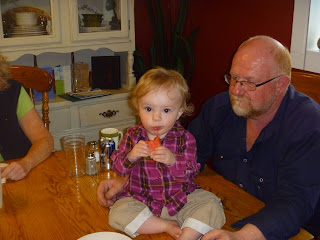 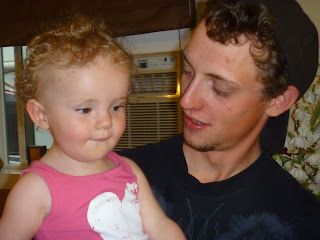 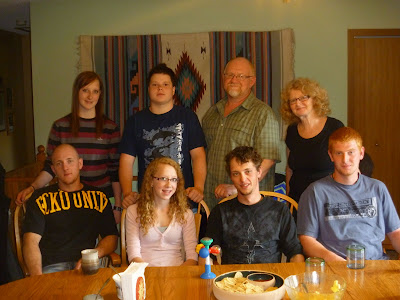 I always like to get a shot of these birthday ‘twins’.  They are never quite as thrilled! 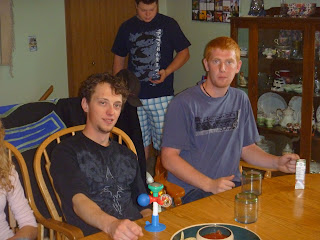 Clem was very busy designing and building a portable stage, with the help of many others.  It belongs to our Jr. B hockey team, and was to be used for the Centennial street dance that got rained out.  Like, really rained out – two inches in a very short time.  But we managed to keep the party going in the rink, and the stage worked well the next day for the sod-turning for our new hospital. 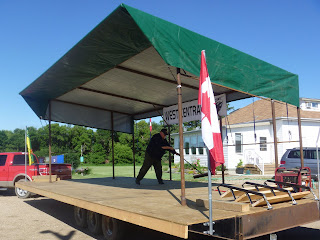 We had fun getting it into town! 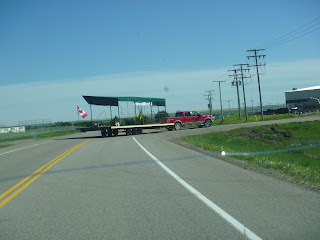 I have been keeping busy in the garden, although this year has been extra fun because a good friend is joining me in the work in exchange for some of the harvest.  There is always more than we can use anyway, so it is a very advantageous arrangement for me!
Here is what the garden looked like on July 7: 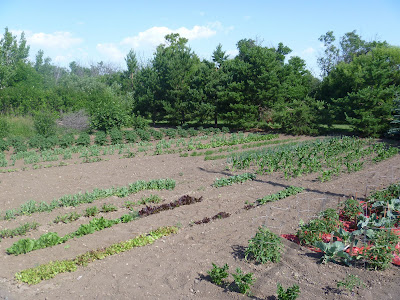 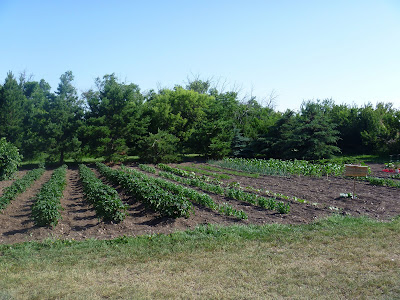 And here it is at the end of July: 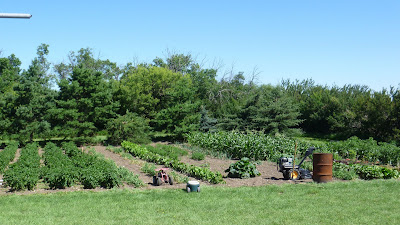 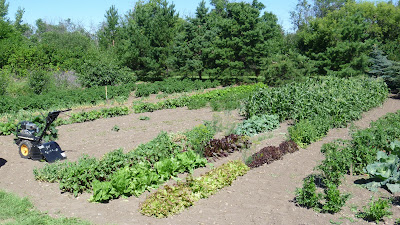 It’s amazing what some heat and rain will do!  We are so enjoying all the fresh goodies.  Clem always says he feels so good at this time of the year.
I also spend a big of time in the flower gardens.  They are looking quite fine this year, as well! 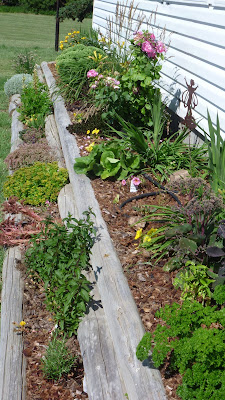 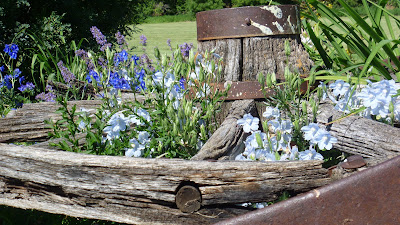 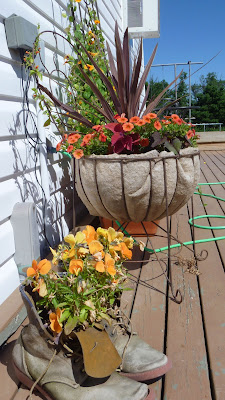 Found this lupine growing in the back of the garden – not sure how it got there, but it is a welcome addition! 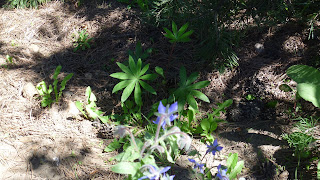 The last photo found on the camera is of the infamous Grad barn outside of town.   You can see Stephen’s name on the very top left side.  (He calls himself Steve.)  I’m glad I wasn’t there to see him do the painting!  Yikes! 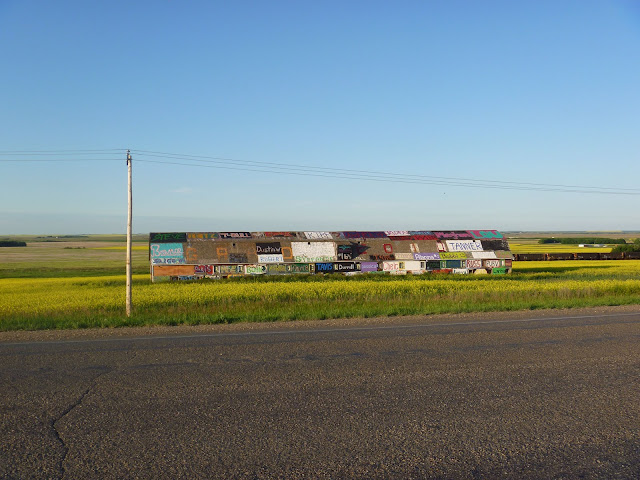