I just saw on Facebook – herald of all that is true and occurring – that the USA Eagles beat the Central Coast Rhinos in the final game of the Australian International Ice Hockey Cup.   And, lo and behold, there was my son, wearing an American jersey, in the team’s victory picture.   Will wonders never cease?  Actually, I need one more wonder, at least.  I need Stephen to be on the plane that lands in Calgary tomorrow morning.  We haven’t heard anything at all from him since before the final game, so I really hope he makes his flight! 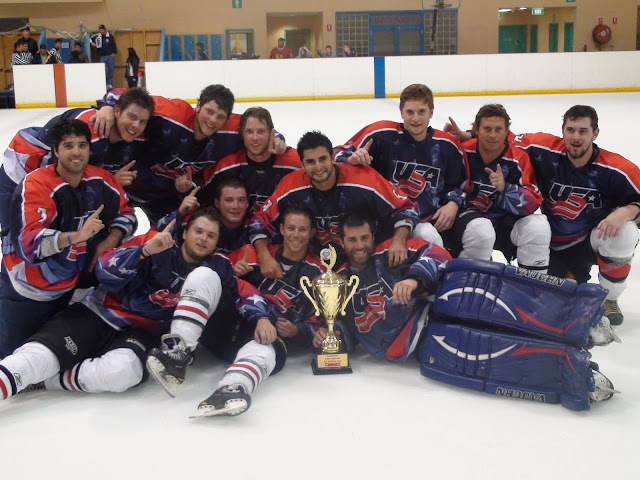