I have returned – out of Africa, so to speak! It was an incredible and exhausting trip. We arrived home last Sunday evening, after 36 hours and seven flights. It seemed to take forever! Not quite as long as the trip there, though, as both our Air Canada flights were delayed, which meant we missed our connection in Zurich. So it was off to London Heathrow for a short detour, but we were soon back on track and on our way to Nairobi and Dar Es Salaam, the capital of Tanzania. Here is our motley crew in Toronto, I believe. We’re still smiling, so it must be on the way to Africa! 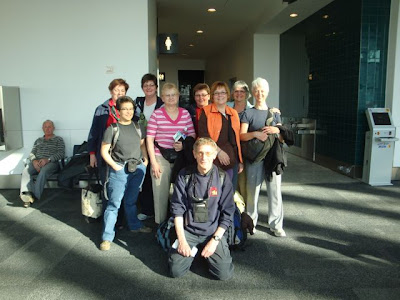 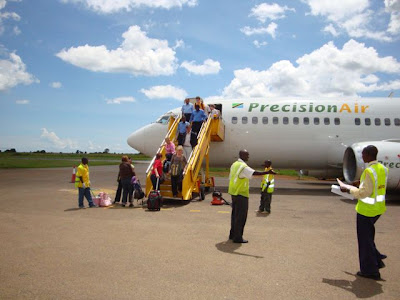 From Dar Es Salaam we flew to Mwanza, where we were greeted by Father Chuwa and his drivers. Fr. Chuwa is the big guy in the black jacket. More about him later! 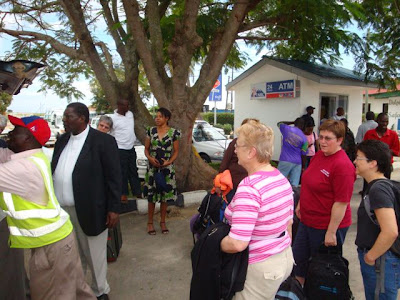 Our mode of transportation while in Ussongo was usually Father’s new Landrover, which seated five, and this older vehicle, which seated as many as would fit in the back plus an extra in the front passenger seat. 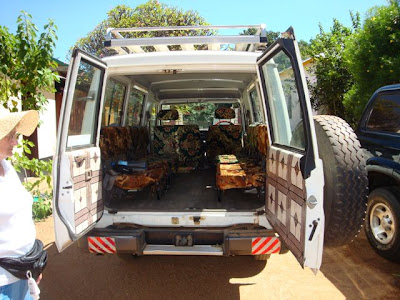 This shot was taken when we were riding in luxury. You should have seen it packed with suitcases and six bodies for the four-hour trip from Mwanza to Ussongo! 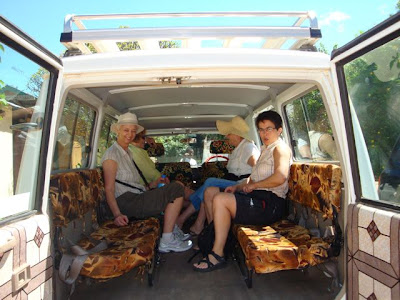 Luckily Father took pity on us and we stopped a couple of times to see if our legs still worked. The first stop was at a convent near Mwanza, where the nuns had prepared some refreshments for us. 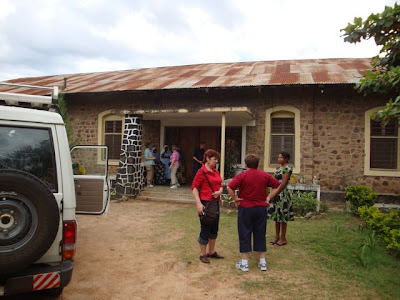 The second stop was at Shinyanga for a beer. The power had been out for most of the day, so it was warm beer. The Tanzanians often drink their beer warm anyway. It is also interesting to note that the large brown glass bottles contain 500 ml of beer!

After we arrived at Ussongo, we had a little time to check out our rooms and freshen up a bit before the evening meal.  The dining room was in Father Chuwa’s house, which was just across a bit of a courtyard from the “guesthouse”, a building with about 8 bedrooms, each with its own bathroom.   This was my and Anita’s room. 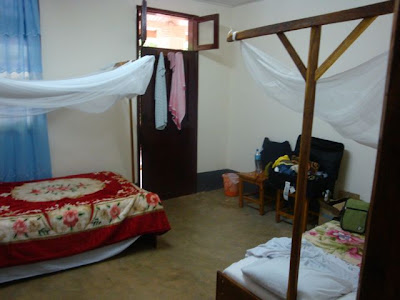 The bathroom was interesting.  Just a shower head jutting out from the wall, with a squeegee propped up against the wall to move all the water to the drain.  A clean floor each day! 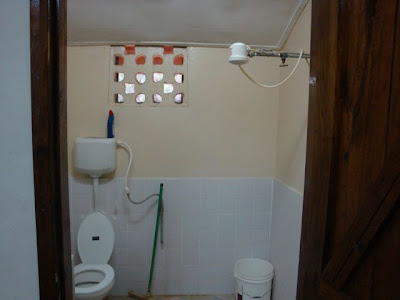 This is the dining room/living room in Father’s house. 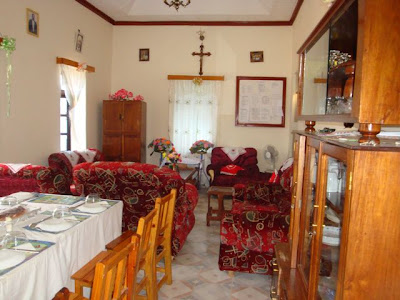 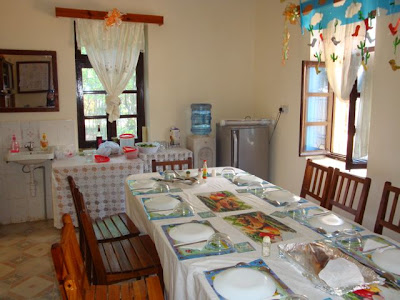 There was a gorgeous veranda along Father’s house, where we spent a lot of time before and after meals, and to escape the heat of the afternoon.  It was probably my favorite place in Ussongo!! 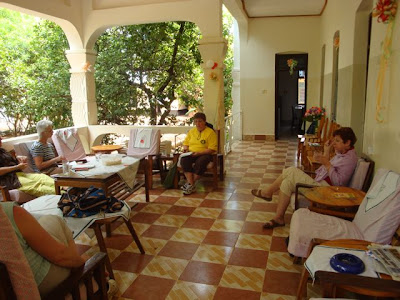 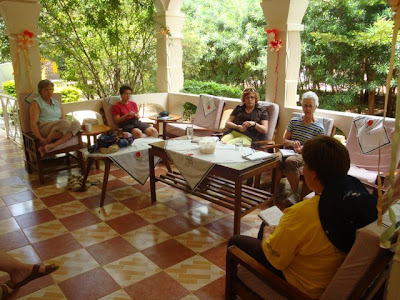 After our first supper in Ussongo, Father Chuwa, his assistant, Father Joachim, and the workers, Maggie, Grace, Bertha, Devota, and Joyce, held a welcoming celebration for us, on the veranda, of course!  Most Tanzanian celebrations of this sort include a cake, which the hosts cut into pieces and feed to their guest on toothpicks!  It is quite interesting and amusing!  This was our cake, before the official cutting. 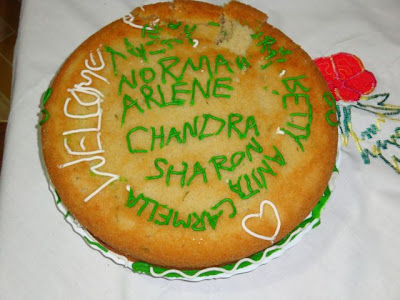 And here’s the whole crew, minus the photographer! 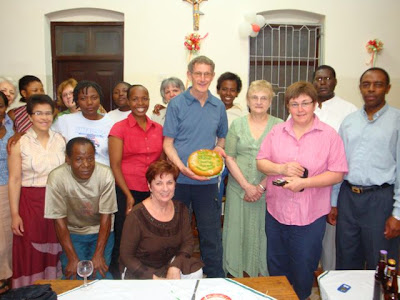 That’s it for now, folks.  I don’t think my mind is working properly yet, as this post took two days to finish.  More later!

Thanks for stopping in!