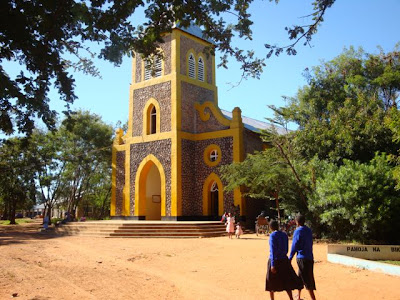 Our second day at Ussongo involved much church attendance!  Father Chuwa has two masses at the home parish, and then goes to two mission parishes.  Father Joachim presides at up to another four missions.  It is amazing to see the faithful come out in such numbers.  The first mass at Ussongo is at 6:45 am, and is mainly attended by the students of the school.  650 teenagers – boys on one side, girls on the other – all in school uniforms, is quite a sight.  The second mass is attended by the villagers.  The women are all decked out in their most colorful, fashionable outfits, and the choir is amazing.  This is the inside of the church, before mass. 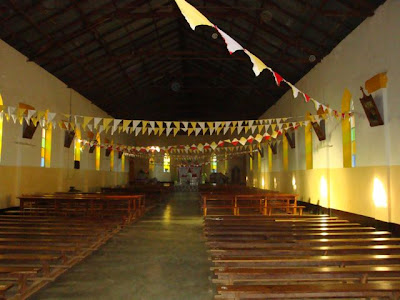 I couldn’t help thinking that Madeline Weinmeyer would have loved being part of this parish!  (An inside joke for a couple of church ladies who will remain unnamed!) 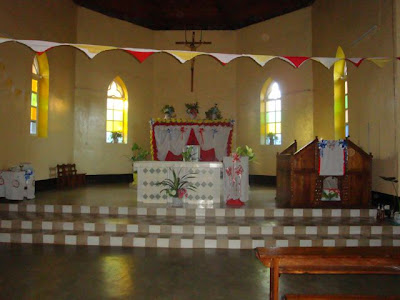 I didn’t get a shot of the statue of the Virgin Mary surrounded by flashing Christmas lights, but you get the picture.  Many plastic flowers and glittery decorations – the glitzier, the better, it seemed.

These are the pews.  Comfort is not a big consideration. 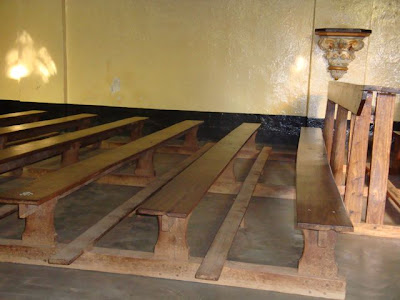 At the weekday masses, the musical accompaniment is provided solely by three drums.  The just pound them, and everyone sings and breaks into harmony – it makes the hair on your neck stand up and gets your toes tapping!  How church should be, methinks. 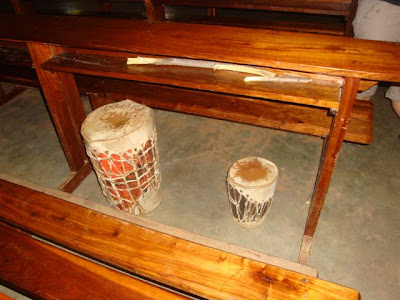 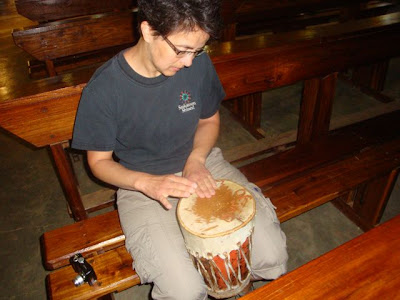 During and after the first mass, there are many children waiting outside for the second one to begin.  They absolutely love to have their pictures taken, and often jostled for a spot right in front of the photographer.  Many speak only Swahili, but know how to say “take my picture” in English.  They also love to see themselves on the camera screen.    They are also often toting younger siblings, even in the traditional “kanga” wrapped around their back. 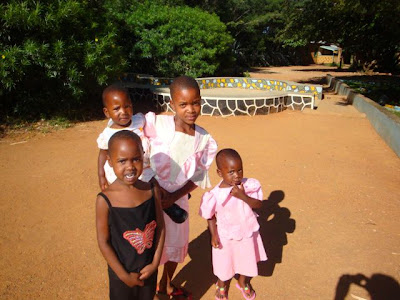 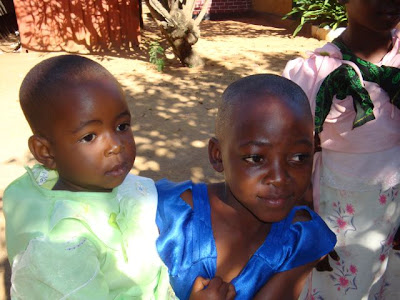 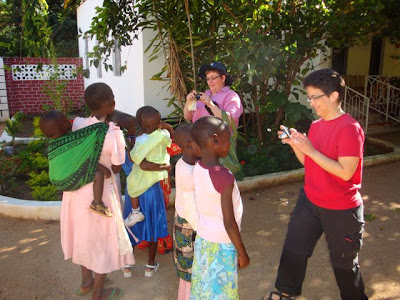 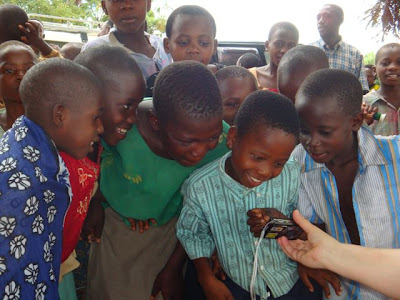 After the second mass, and after breakfast, we loaded into the “vans”, and headed off for Mwisi and Bongomela, two of the small villages with mission parishes.  We were treated like royalty!  Everyone wanted to see us and touch us and have their pictures taken with us.  In fact, one young entrepreneur with an antiquated camera seemed to be charging for such photos!

At each parish, the choir started singing and dancing outside the church, and continued until Father was ready and the procession into the church began.  We were always included in the procession, and given seats of honor at the front of the church.  After each mass, Father invited us to stand at the front and introduce ourselves.  He translated, of course.  After that, we were given gifts, which were always presented with song and dance.  It was very touching to have these people of relative poverty give so much. 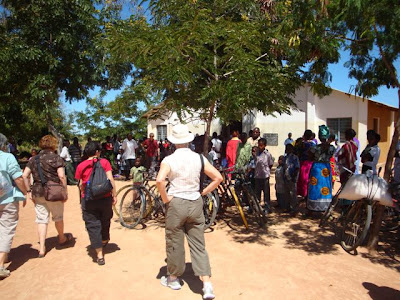 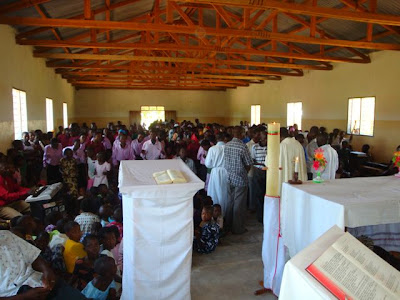 (Are you watching, Madeline?) 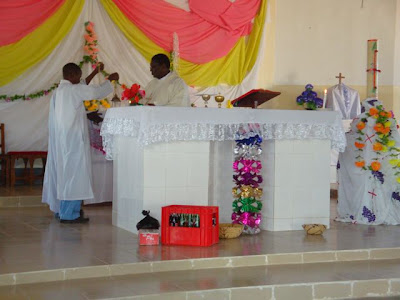 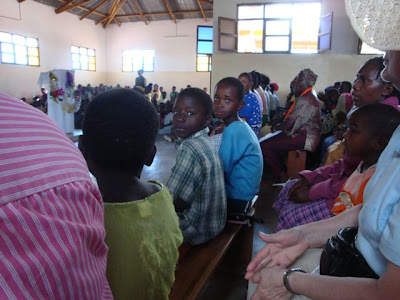 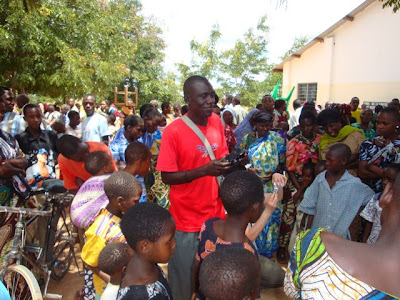 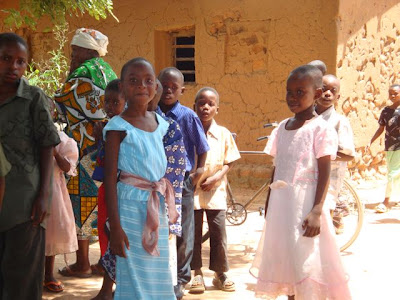 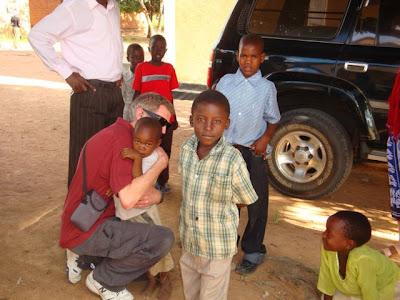 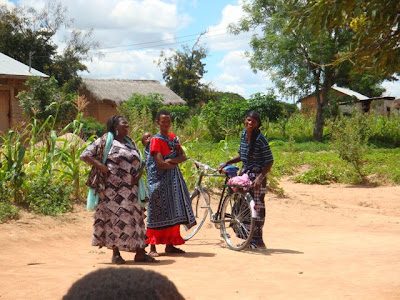 During the week, Father drove us to some of the other mission parishes to see the old church buildings and the ones he has had built in the thirteen years he’s been at the parish.   Check out the stone pews in this old church, which Father says still holds up to 100 people for Sunday mass! 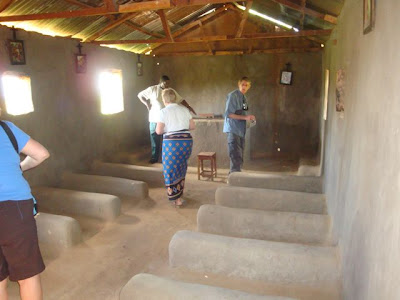 This church is about one year old.  The parish catechist and some of the children were on hand to greet us! 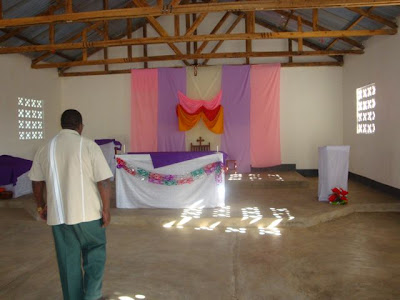 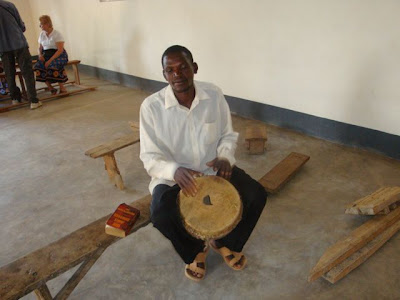 That’s the old church in the background. 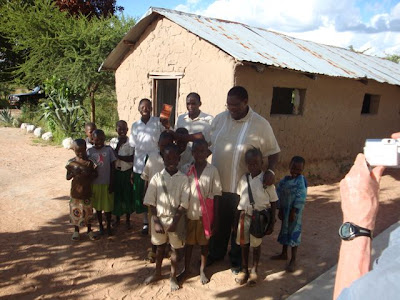 I couldn’t get enough of these happy faces! 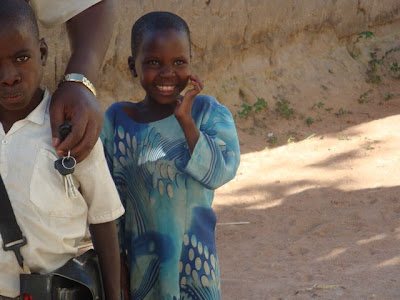 And thus ended our first full day in Ussongo.  We collapsed into bed each night by 9 or 10, exhausted from all we had seen and heard and felt.

Thanks for stopping in!