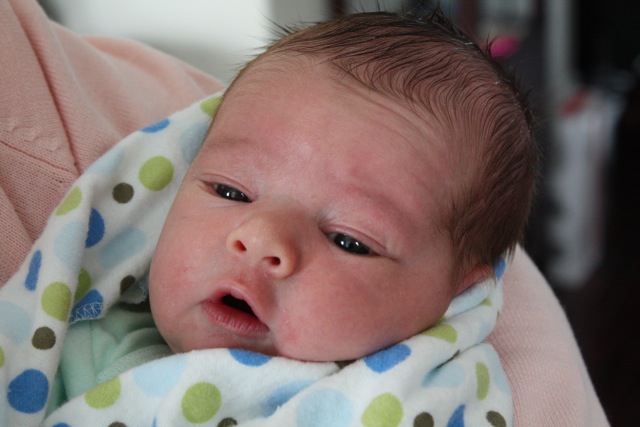 Just got home tonight from the big city where I got to meet my nephew, sweet little Rogan.   It’s hard to believe my baby brother is now a dad!  But he and his lovely wife did a fine job.  As Grandpa says, he’s a keeper, and we’ll put in an order for another! 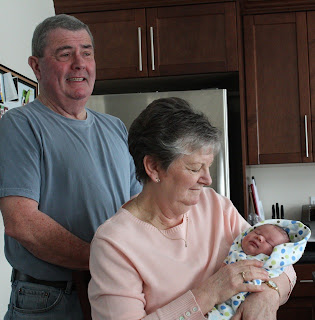 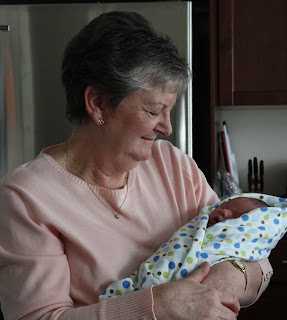 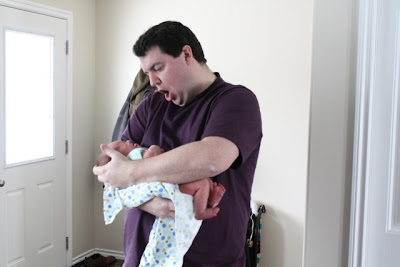 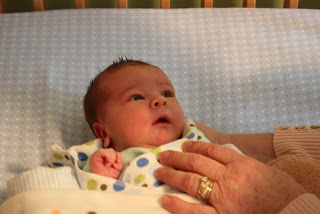 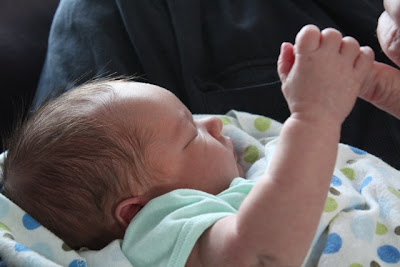 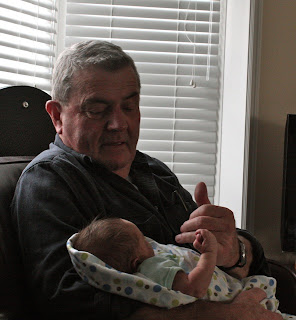 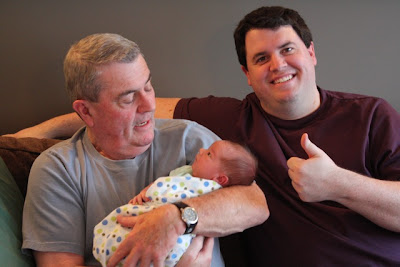 It is Rob’s birthday tomorrow, so we had a little celebration for him, too! 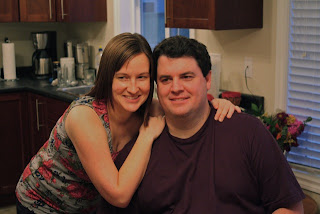 The Midgets are the 2011 SHA Provincial ‘A’ champions!  This was Stephen’s third kick at the cat, so to speak, so he is pretty pumped.  The boys played hard – you could tell they wanted it!  They beat Estevan 6 – 2 in the two-game series.  The long, long, long bus ride was worth every mile! 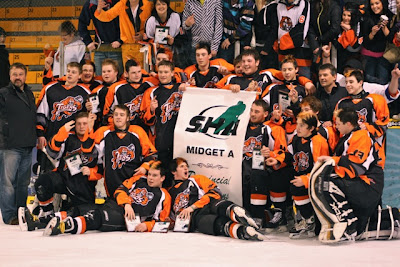 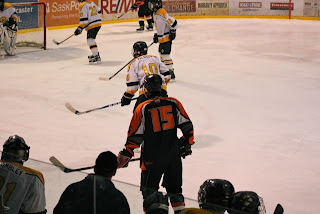 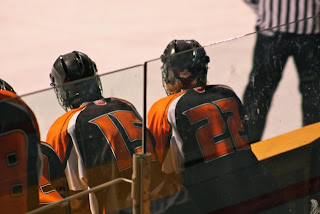 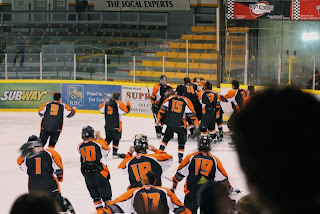 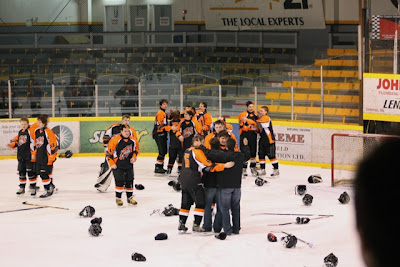 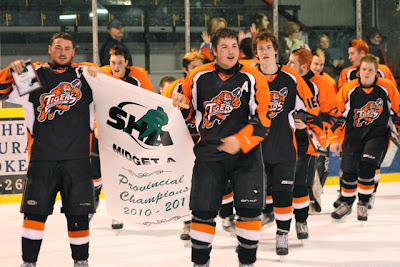 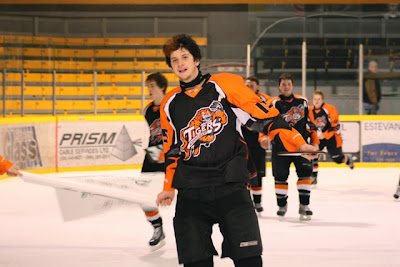 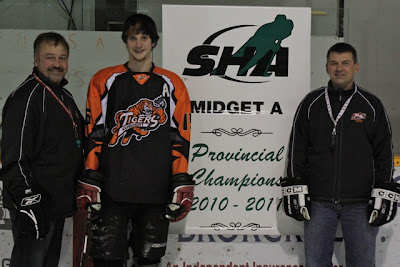 These are the photos from the trip to La Ronge.

It was all our harried flight attendant, wearing a Tiger jersey!, could do to get everyone served in the short one-hour flight! 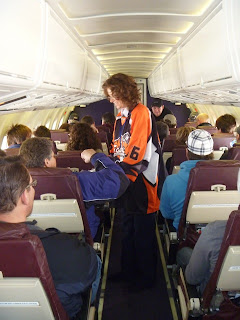 A view of Lac la Ronge, complete with ice road. 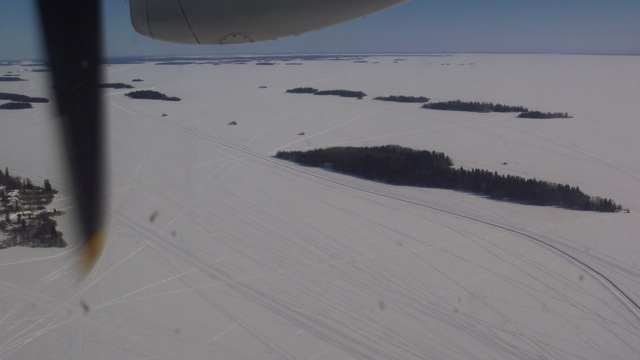 We threw a surprise party for Mom’s brother, Mark, at the end of February.  He was surprised, to say the least.  A good time was had by all! 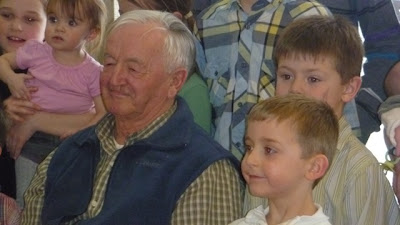 Carla did most of the organizing, and did such a nice write-up on Uncle Mark.  Derek was there for moral support in case she was overcome with emotion! 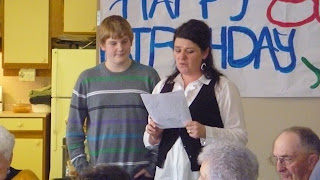 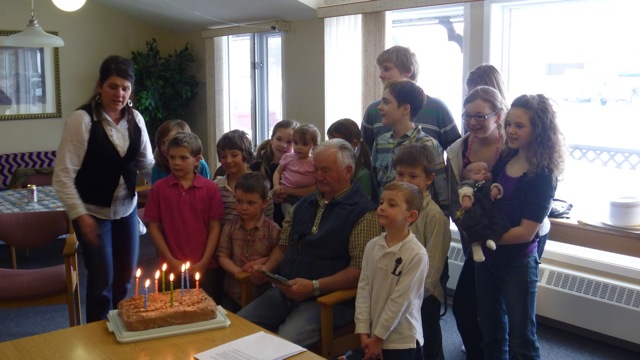 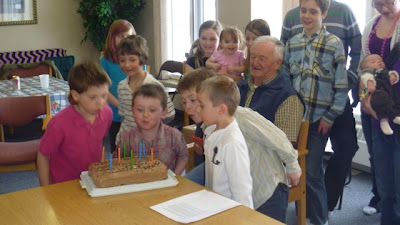 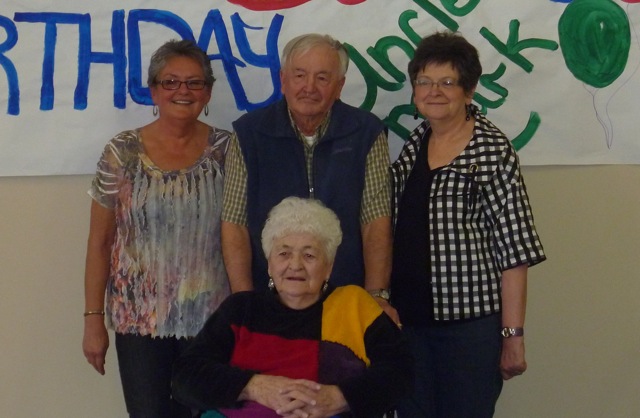 Uncle Mark with some of his favorite nieces! 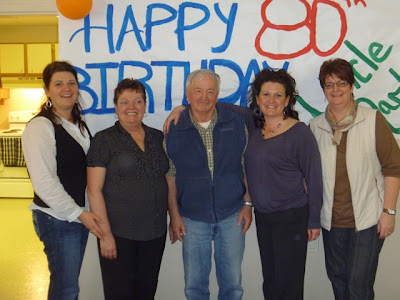 A cutie holding a cutie! 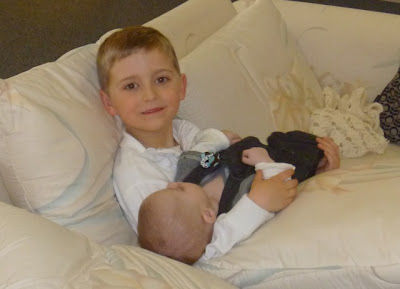 We haven’t seen the moose around here for some time.  Perhaps our vicious attack dog scared it off! 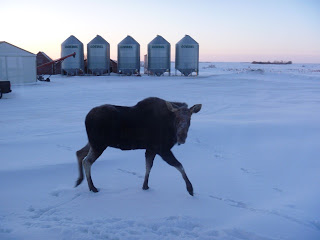 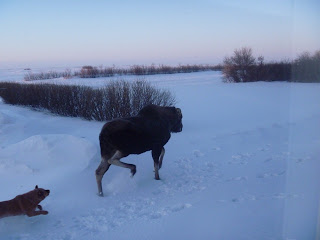 Stephen has one more hockey game left in his minor hockey career.  The Midgets surprised everyone, themselves included, by taking the league’s best-of-three final to the third game, so it’s off to Dodge for a barn-burner on Friday.   After that, he can get his very long black and orange hair cut off!

Derek’s team lost the Provincial semi-final against Kamsack, but went on to win the league final against the “lands” team from down the road(s).  He is now big into badminton, playing on the junior doubles team.  We splurged and got him a new racket with the rationalization that it is way less expensive than hockey equipment!

So that’s the news from the ranch.  Thanks for stopping by!
Chandra

One thought on “My life in pictures.”