This time tomorrow my mom and I will be on our way to Santiago, Chile, to visit my dear sister.  Hopefully I will have everything ready – you know I have lots to do when I start blogging again!

We’re deep into hockey season.  Derek’s team is tearing it up again this year.  They lost the A final to an Edmonton team in a Saskatoon tourney this weekend, but they’ve been playing very well.  Derek gave us a scare last weekend when he tripped over another player and fell backwards on the ice and slid head-first into the boards.  He was treated to a spinal board and the best EMT attention one could imagine, a trip to Saskatoon in an ambulance, a CT scan, an overnight stay in RUH emergency, and then an MRI.   And now we know that he doesn’t have any damage to his spinal cord or backbone, and he may have had a concussion.  So he’s taking a little break.  His back is pretty sore, but he’s eager to get back at it.  He went with his team to Saskatoon, and will try skating this week and see how that goes.  I know some people think we’re nuts letting him play again, but this is a kid who could sustain the same injury walking down the street and tripping on something.  I just know he’s not going to sit and do nothing for the rest of his life (which really isn’t very good for you, either, is it???) so we’ll protect him as best we can and pray.  I think that’s all you really can do!

The Midgets are back on the ice, and sitting at 2 and 0.  They don’t have as strong a team as last year, but they’re still coming out on top.

Football is over, but one of the other football moms has been taking pictures at all the games, and even took some individual and team photos.  And she got Stephen to smile!!!  They sure are nice keepsakes for Stephen and his buddies who are done this year!  Most of them make me cry, though. 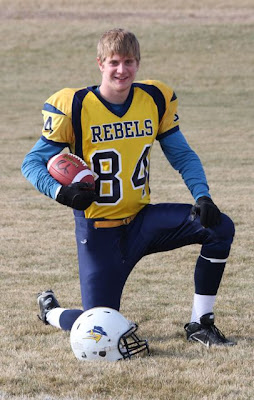 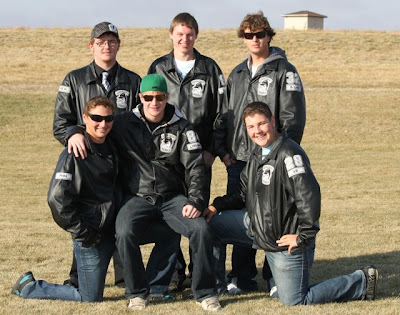 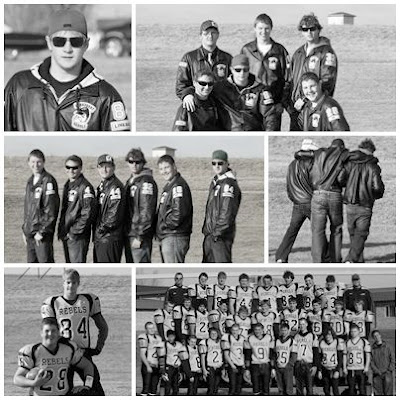 I got to have a nice visit with my cousin and his wife the other day when I went to pick up Adam’s grad pictures.  I don’t get to see them very often,  because they live, like, three miles away.  Anyway, Tracy is an awesome photographer, and I’m so happy with how the pictures turned out!  Finally, a family photo I can send out! 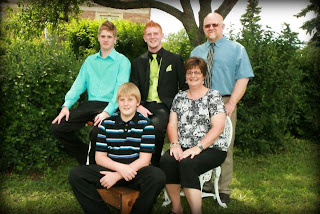 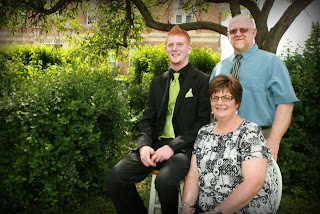 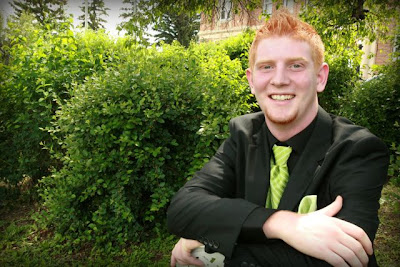 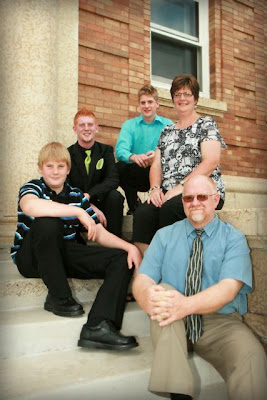 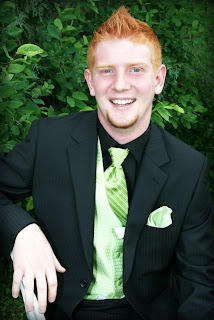 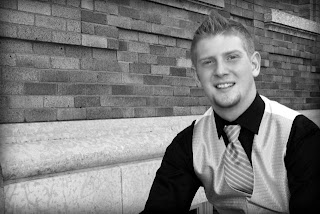 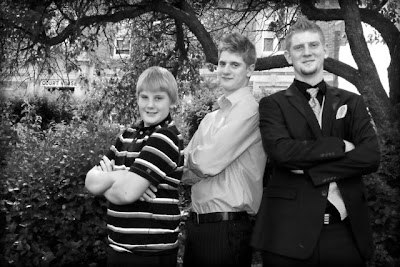 These two trouble-makers have been buddies since day one!   Another tear-jerker photo! 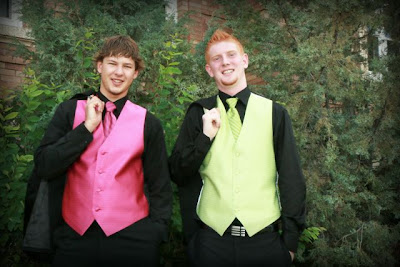 Adam is still living in town and working for a guy who does drywalling and painting and that sort of thing.  He’s struggling to keep all his bills paid and such, and I am stuggling to button my lip, because “I told you so” is such an appropriate phrase right now!

So that’s about it.  I am packing and tying up loose ends and cooking and washing clothes and paying bills and all that kind of thing.  Two weeks is a long time for poor Clem to pinch hit, but I’m sure he’ll manage!  I will try to blog from Chile, as I believe they have internet there!!  I sure hope so, because I will need to get the hockey scores!  Oh, and Go, Riders, Go!

Thanks for continuing to check in!  Adios!
Chandra

3 thoughts on “Quick update before I fly!”