Such a busy life we lead!  However, after my near-death experience yesterday (I fell down the stairs, but doesn’t “near-death experience” sound so much more dramatic??!) I have been taking it easy today, and find I have some time to catch you all up on the exciting life and times of the Schraefel family!

The Midgets have finished their league play, undefeated.  They are also in the middle of the 2nd round of Provincial play.  They won the first game against Paradise Hill 5 to 0, and will go there for the second game next Sunday.  It won’t be a cakewalk, but I’m pretty sure they can beat them, as it is a two-game, total-point series.  Adam and Stephen are both playing some good hockey.  And I finally saw the Schraefel/Schraefel goal for which I have been waiting years!  Adam got a pretty goal off a pass from Stephen – so sweet!  I remember the first time they played together, thinking how nice it would be to see such a goal.  Alas, they got the first two penalties of the game, one after the other, and sat in the penalty box together.  I have since learned not to wish for such things, at least not out loud!

Clem decided to try his new camera on some sport shots.  Turns out he, or the camera, is very good!  Here are some photos from a Midget home game.  The first is Stephen carrying the puck up the ice, followed by Adam.  I’m thinking that would be a fairly intimidating sight for the defender, as they are two of the biggest guys on the team! 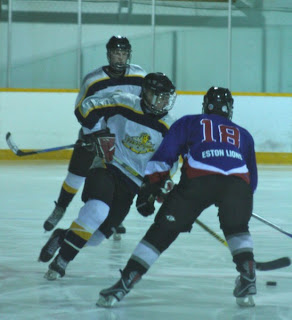 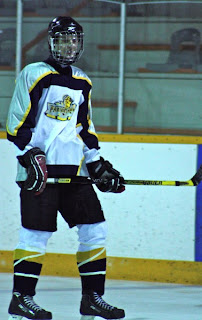 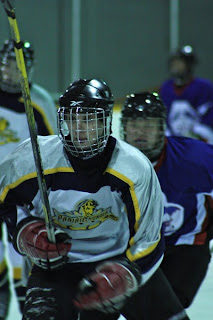 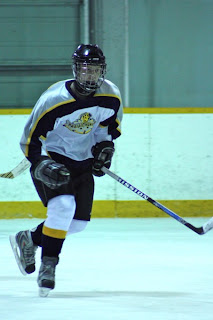 Adam #3 celebrating a goal with his linemates: 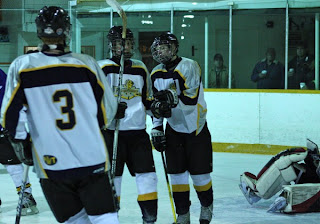 A shot of both of them on the bench with the coach, right after my special goal! 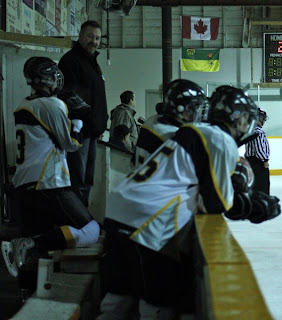 Derek’s team is still going strong, as well.  They just beat Edam in the first round of their provincial playoffs, and will head to Paradise Hill for Round 2.   (I will know that road well!)  Clem took some pictures at the Lloydminster Tier I tournament that they won in January.  Derek is the tall one (ha, ha!) 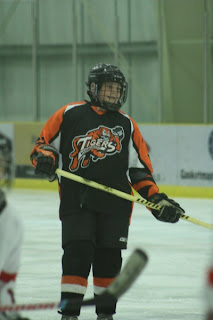 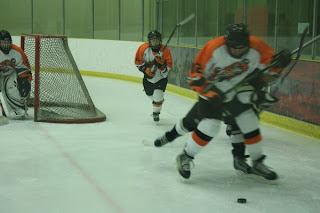 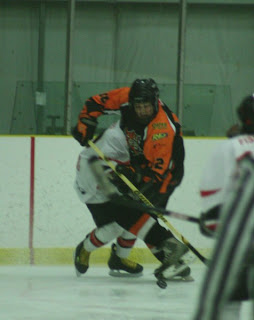 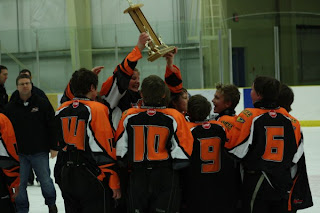 The Rage, the new Junior B team in town, is wrapping up their season on Monday.  It has been a long, hard haul, and hopefully next year will be better.   Why do I take on these tasks???

All the boys have survived the first term of the school year, although I marvel at how it happened.  Our next focus will be preparing for our trip to Europe at the end of March.  I sure hope the hockey playoffs are done by then!  We leave on March 30 – last year the final game was on April 4!!!

Take care, and thanks for still checking in!
Chandra