I figured since I haven’t posted in such a long while that I should catch you all up on the happenings around here!

We have new steps to our front door! 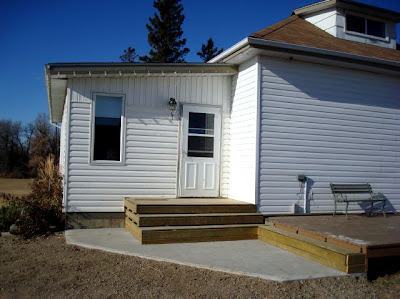 I finally got a photo of Adam in his new car.  He just loves it when I do that! 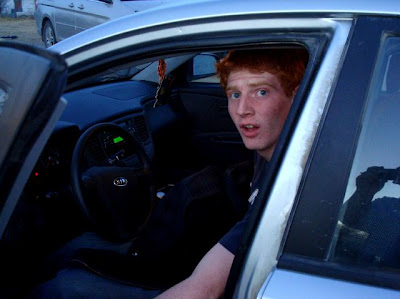 So does Stephen.  Don’t they look thrilled to have mommy snapping pictures? 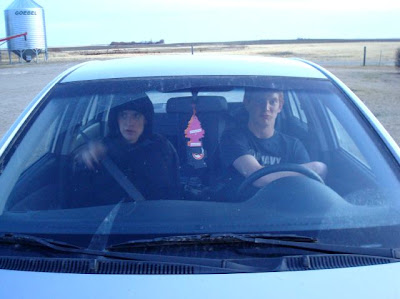 Some moose have decided that they need to make camp in our yard.  They love the apples on the trees, and actually just the trees in general.  The dog freaks out, but she doesn’t scare them one bit.  We have taken to shooting the pellet gun at them (yes, even me!), or getting Stephen to throw rocks at them.  That scares them away for a bit.  There are three of them, but there are only two in this photo (look to the right, in the garden).   I took a video right after this, standing right on the edge of the deck, and the old cow didn’t even blink.  The moose, that is.  I screamed and ran back into the house when she snorted at me, which is why I can’t show you the video.  I sound like a sissy.  And the boys are laughing at me.  All digitally recorded. 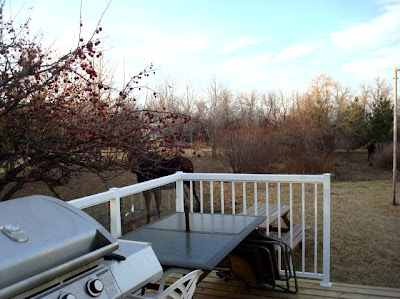 This is the boys’ upstairs laundry hamper.  I have fondly nicknamed it Mt. Washmore. 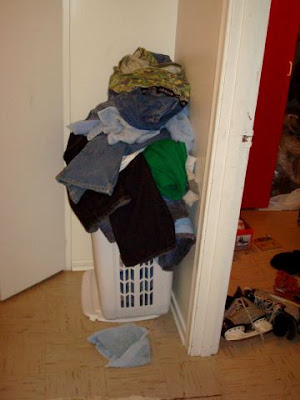 I walked into the office the other day and found this.  Somewhat disconcerting, until I realized that it was just shortly after Halloween. 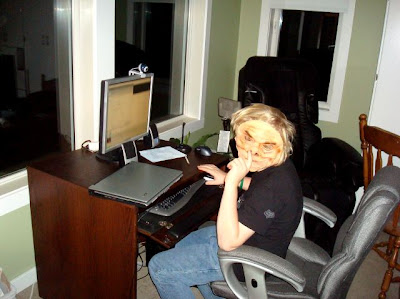 Derek has taken an interest in abstract photography.  I think it started one evening when he was grounded from both TV and computer, and just had to get his hands on something electronic.  Some of the shots were surprisingly good.  Judge for yourself.  (Or it could, just possibly, be a mother’s bias…) 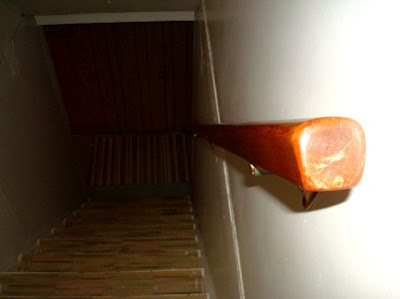 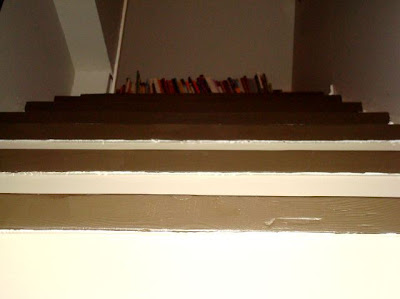 This one just makes me laugh. 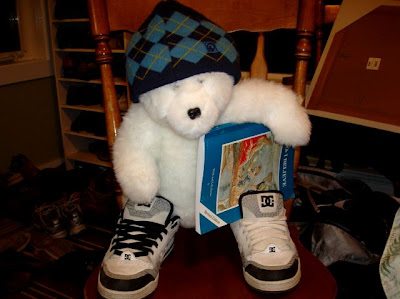 Hockey has resumed with a vengence.  Adam and Stephen are both on the same team this year, the Prairie Thunder midgets.  They are undefeated after four games.  Stephen is proving himself more than able to handle things around the blue line as a first year player.  Adam is learning that he is more of a lover than a fighter, and received a broken nose last night just to drive the point home.  We are learning that it is AWESOME to have another driver in the family, as they can now get themselves to and from practice quite nicely, thank you very much.  They players aren’t allowed to drive to away games, which is just fine by me.   I’d feel silly following them to the rink.

Derek’s team took first in yet another tournament.  I think I could count on one hand the number of losses that team has suffered since they first started playing together.  It’s a bit embarrassing.  Derek is having a ball again.  He was literally jumping up and down today when he remembered he had practice tonight because “I just love skating, Mom!”  I’m sure the hockey politics will soon knock that enthusiasm right out of him.  In the meantime, we’re enjoying it!

So thanks for continuing to stop by.  I know some of you have been checking in, wondering what in the heck is going on, and I apologize.  It’s crazy, I know, but sometimes little things get in the way of blogging – laundry, hockey meetings, choir practice, cleaning toilets (my mom was coming, remember?)  But I will try to be more diligent from now on!