…to bring you a report on the Veness reunion, held in Luseland on July 28 & 29, attended by the descendants of Joseph and Grace Fisher Veness. All eight grandchildren were present, along with many of their descendants. It was a great time, with much reminiscing, laughter, story-telling, and a few tears. We met on Saturday afternoon at the Catholic church basement in Luseland to visit and look at old photo albums and memorabilia. I gave a short talk on my trip to Scotland, with an update on the Fisher cousins in the old country, and Ginny and Pierre prepared and presented a great slide show of old photos of herself and her siblings and cousins. We had a great supper of Chinese food, and then took a tour of the cemetery and the Huck and Hoff farms. Then it was back to the church basement for more entertainment, including songs from the Schraefels and the Hucks, and a wonderful skit by the Venesses.

Here are the eight grandchildren of Joe and Grace. From left to right, Doug, Doreen, and Max Veness (children of Jim and Mary Veness), Shirley, Alan, and Ginny Huck (children of Adam and Lily Huck), and Eugene and Sheila Hoff (children of Ted and Jessie Hoff). 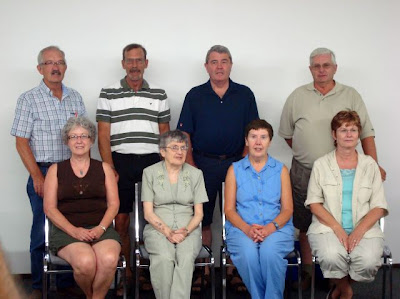 Here they are in order of age, like they did when they were children. I’m not saying at which end they start! 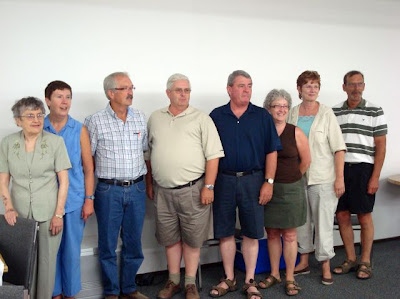 These are all the descendants present at the reunion. What a crew! 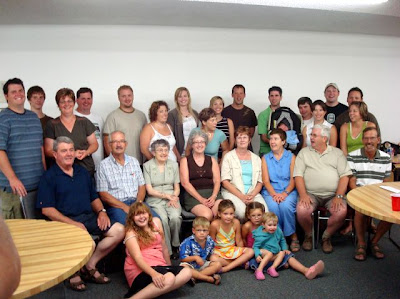 The beginning of the skit. 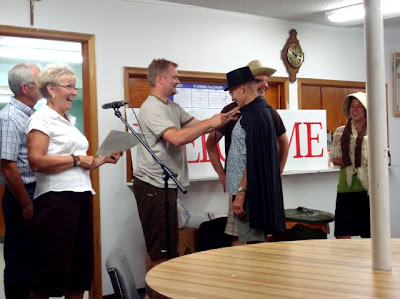 The Hoffs were unable to come up with an entry for the talent portion of the evening, so they temporarily adopted Rob. He’s easy. 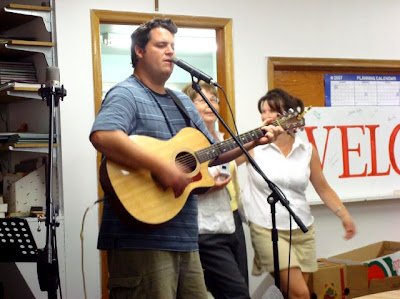 Some snaps from the cemetery. 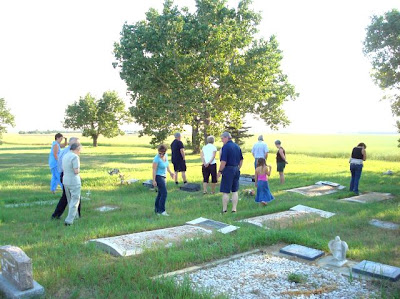 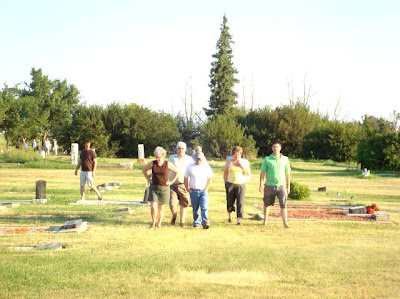 A little more posing at the Hoff farm. 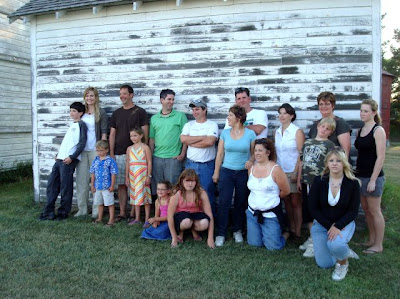 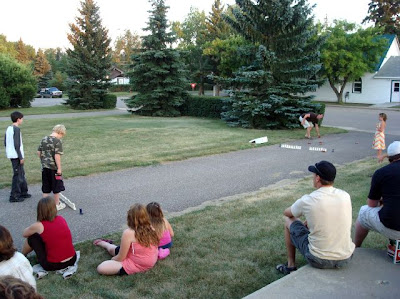 The kids had a great time…. 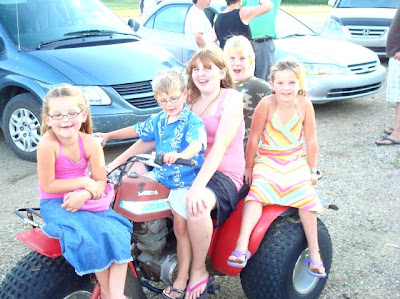 …but the tour was getting a little long for Jerry, poor guy. 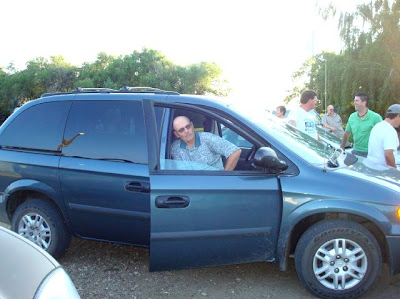 Can’t wait for the next one!
Chandra

4 thoughts on “We interrupt our regular programming…”